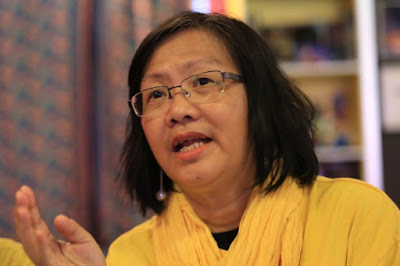 The Star Online reported that Maria will resign as head of the movement for free and fair elections, but it is unclear if she will formally join a PH party or merely run under one of the parties’ banners.

At long last, Maria finally leaves BERSIH for a career she must have wanted as she has shown through her various anti-Najib anti-BN government activities which were not compatible with a supposedly politically-impartial BERSIH.

At this stage she hasn't indicated which party in Pakatan she will join though I suspect it'll be PKR. Mind, she may be entitled to join both Pribumi and Amanah as well as she is a Muslim, and probably also a 'constitutional Malay'. 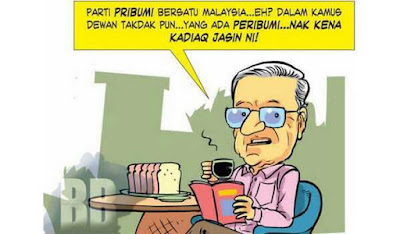 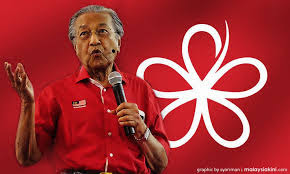 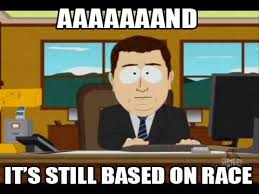 Nonetheless, I wish Maria Chin Abdullah every success in her new political career.

But for this post I will omit Thayaparan's comments on Wan Saiful (maybe in next article) and just focus on what the columnist thinks of Maria Chin joining Pakatan. Extracts of his article follows:

Tools of the opposition

Maria Chin claims that she hopes to be a bridge between civil society and the political process but the opposition has a history of fielding “social activists” and their voices eventually either (eventually) conform to party dogma or are muted by political operatives whose agendas are different from activists who believe that they are on the same team.

The Bersih chairperson also unintentionally highlights the failure of the opposition in addressing issues such as “justice, freedom, good governance, free and fair elections and human rights straight to Parliament” which they claim to champion, and this reinforces my point (see below) that the opposition has lost touch with the movements and agendas that at one time was their platform for social and democratic change in this country. 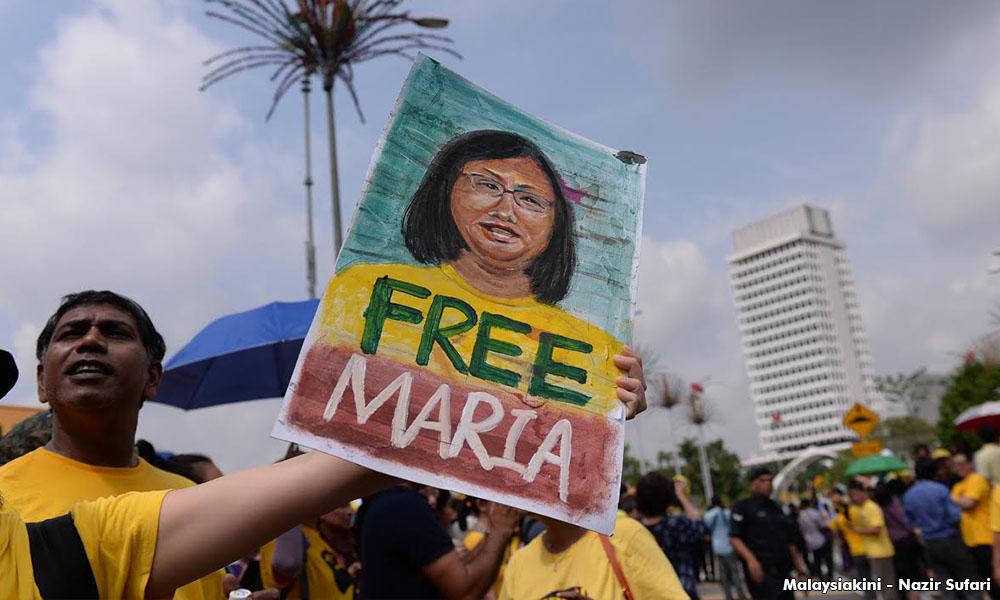 Just last month I addressed this issue – “Many long-time activists infused with fresh talent, who assumed that Harapan state governments would be more conducive to change, tell me that most times getting the ‘meeting’ is easier than it is with the BN regime, but actually getting things done, is more or less the same. Often, they are admonished to not ‘bite the hand that feeds them’, which seems like a common rejoinder these days.”

It also gives credence to the Umno/BN narratives that NGOs like Bersih are tools of the opposition, but more importantly, it also destroys avenues for Malaysians who need non-partisan voices as credible alternatives to political parties to voice their dissatisfaction of establishment politics.

Bersih often claims that they are always fighting this (pro-opposition) perception, but it does not help when one of their most prominent personalities joins the opposition. It will result in the legitimacy of the movement being questioned, not only by BN loyalists but also members of the public who do not necessarily vote opposition but who understand the value of independent institutions.

KT note: Hmmm, what have I said before about Maria Chin?

The scuttlebutt of the Bersih chairperson being fielded in a "safe" seat makes this even more unsavoury as if the merits of the candidates was not important only that the candidate who represented an electoral watchdog movement - perhaps the most successful in modern times - wins a seat.

KT note: some in PKR has said Nurul Izzah is far too valuable a candidate to be sacrificed in Johor if she were to contest there, a move espoused by Zaid Ibrahim.

Based On Commander Thayaran's argument, Nurul's merits including her political competency is not as important as the fact she is the daughter, the Princess, of her father, the iconic Anwar Ibrahim. 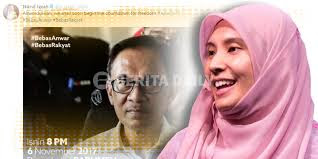 A prominent social activist joining the opposition, which has in the past attacked not only social activists as “do-gooders” but also hijacked rallies while conforming to established policies and rhetoric (which is supposed to be anathema to the ideas Bersih espouses), would result in the idea of social activism independent of political parties becoming blurred, which can only benefit Umno/BN.

The diminishing returns of street rallies could be because of many factors but one of them is the perception held by many that they were participating in opposition rallies instead of truly independent enterprises. Like I said, this is the fault of partisans (myself included) but also because social activists aligned themselves with the opposition forces in this country instead of keeping a respectable, and skeptical, distance.

KT note: What Ambiga Sreenesavan had scrupulously maintained for BERSIH when she even told off Anwar Ibrahim for his attempt to hijack BERSIH. 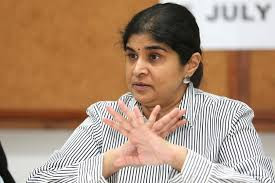 In this Maria Chin failed abysmally, made worse when Mahathir, propelled by his personal stoush with Najib, joined BERSIH (4 and 5) rallies.

If Maria Chin joins the opposition, it would spell the end of Bersih. No matter who takes over, there will be this albatross around the neck of the new chairperson, and his or her motives will always be suspect. Not only will Umno/BN view Bersih with suspicion, by trying to be independent (after a former chairperson joined the opposition), the new chairperson will receive no love from a highly partisan opposition base.

KT note: Guess I am not the only one who has been against the highly biased political antics of Maria Chin.

There is enough empirical evidence to demonstrate that online opposition supporters brook no dissent when it comes to their politics or politicians. Attempting to be independent after the fact, will not endear this electoral watchdog to anyone.

All I can say is, that you cannot offer solutions when you become part of the problem. 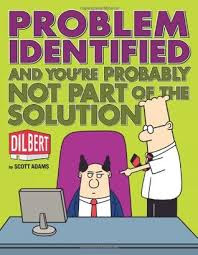 CONCLUSION: And while Maria Chin Abdullah was in BERSIH, she was undeniably (as I have often blogged on) a big problem to BERSIH's credentials as an impartial election watchdog. The evidence of Maria's bias might have, as Commander Thayaparan has written, destroyed BERSIH as an effective election watchdog, perhaps even forever.

I hope she makes a better politician than the Chair of BERSIH.