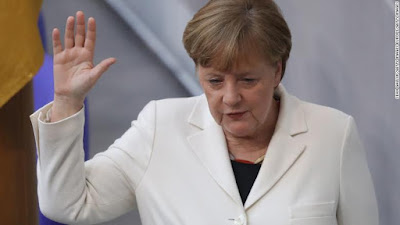 Angela Merkel was sworn in as Chancellor of Germany after lawmakers voted to re-elect her as leader in a close vote on Wednesday morning.

She will now begin a historic fourth term as Chancellor.

Congratulations, Chancellor Merkel on your amazing 4th term as Head of Germany.

On 4 October 2016 the Star Online published Two-term limit proposal can be based on convention, says Opposition (extracts): 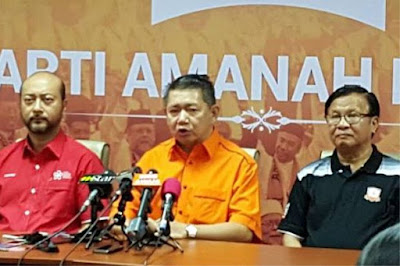 A proposal to limit the prime minister's tenure to two terms can be implemented based on convention and does not necessarily require an amendment to the Federal Constitution, the Opposition claimed.

Amanah deputy president Salahuddin Ayub cited the Britain's practice of a term limit by convention, suggesting that the Opposition could seek a similar avenue for Malaysia if wins the next general election.

He said there were already certain existing conventions that were practised when selecting the prime minister, which were not specifically stated in the Constitution.

Salahuddin Ayub must an ignoramus to cite Britain's practice of 'term limit by convention'. He has sprouted nonsense like Nathaniel Tan but I reckon Salahuddin's incorrectness has been due to ignorance while Nathaniel Tan who is supposed to be an intelligent person had propagated fake news (based on a PKR-ista's jealousy and hatred towards DAP) with regards to Guan Eng's term as CM.

Ya lah, those PKR people are so jealous of DAP, wakakaka, even unto making fake news of the most shameful types. 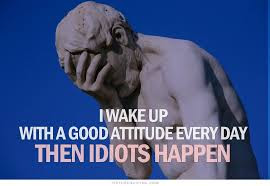 In Australia which also practised Westminster Parliamentary system like Britain, NZ, India, Malaysia and Singapore, but with each parliament term of only 3 (instead of 5) years, John Howard served 4 terms, in 1996, 1998, 2001 and 2004.

Across the Tasman Sea, New Zealand saw the following successful PMs, each with 3 terms, namely:


As for our Indian friends, both Indira Gandhi and her dad, Jawaharlal Nehru had 3 terms each.

Our lil' red-dot neighbour saw Lee Kuan Yew holding the PM's position for 30 years (if we divide that roughly by 5, that's a simple 6 terms but could be more if LKY had called for early elections), while the Big Kahuna himself right at Nathaniel Tan's doorsteps, Mahathir, held it for 22 years (and still hoping to continue as Pakatan's PM, wakakaka).

Salahuddin Ayub should have been a bit more careful about what he said or he'd be labelled a bullshitter like Nathaniel Tan, wakakaka. 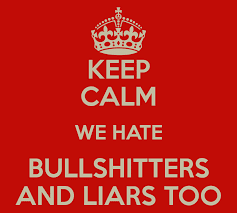 Continuing with the Star Online report:

Salahuddin said a two-term limit for the country's premiership was not a new idea as the United States had amended its constitution to institute the practice following the death of its four-term President, Franklin D. Roosevelt.

Yes, the USA has a presidential system where the president is also the nations' CEO and not a constitutional powerless one like the Sing or Indian President or the Australian GG. The USA does NOT practise Westminster parliamentary system like Britain, Australia, NZ, India, Malaysia and Singapore.

Salahuddin Ayub said that two years ago and I hope by now he as a politician has a basic idea of the difference between the American and Westminster systems?

Pribumi VP Mukhriz Mahathir, who was also present at the press conference, said the two-term limit would prevent abuses of power.

But did he remember how long his dad served as PM Malaysia? OTOH, he could be saying (through a Freudian slip) that his dad as PM abused his powers? 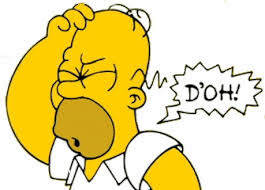 Ain't it so annoying when ignoramus and sinister jealous goons wanted/want to throw the baby (a good parliamentary system like the Westminster system) out with the bath water, to wit, PM or CM they don't like and can't dislodge. 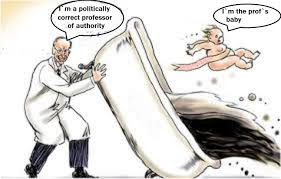 There has been this incessant move to limit Guan Eng's terms as CM. I suspect the issue of CM (and PM) term limit only arose in Malaysian politics because of Guan Eng.  Nathaniel Tan was so sinister and underhanded that he created fake news on term-limits of Western political leaders which did NOT exist.

He even descended into the gutter when he deliberately described Guan Eng as Dear Leader in a letter he penned to Malaysiakini titled Will Guan Eng be Dear Leader for life?.

His rather wicked labelling of Guan Eng as a Dear Leader has made very clear his prejudice and invincible jealousy against Guan Eng, by associating the Penang CM with that sinister title of Kim Jong-il, the former and late president of North Korea.

And the irony of it all is they including Salahuddin Ayub's Amanah are now promoting Mahathir to be PM again after he had already served from 1981 to 2003, all 22 years of draconian rule.

What f* bloody hypocrites Pribumi's Mukhriz, Amanah's Salahuddin Ayub and those jealous of DAP and Guan Eng have been. 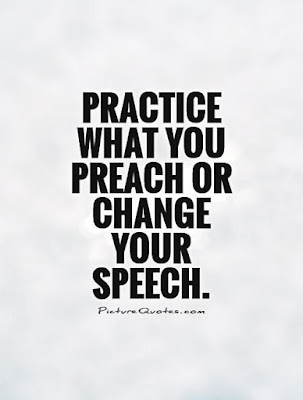 There can only be one explanation for Nathaniel Tan's shameful fake news - sheer bloody jealousy of Guan Eng's powerful popularity in Penang and hurting (to PKR-ista's) envy of the DAP-led state government.

Yes, Nathaniel was so shameless in his very crafty calculating cunning mischief that in his letter to MKINI, he cherry-picked dictators to support his silly but sinister arguments, examples of long serving world leaders but who were only those from draconian dictatorships and fascist states, people like Kim Il-sung (N. Korea), Muammar Gaddafi (Libya), Francisco Franco (Spain), Robert Mugabe (Zimbabwe), Mao Zedong (China), Hun Sen (Cambodia or Khmer Republic), and Josef Stalin (USSR), though very strangely he omitted Mahathir's name.

But he was so carried away by his mischief that he made fake news relating to long serving equivalents of PMs of the nations of France and Germany, etc.

Well, Angela Merkel has just given the bird to Nathaniel Tan.