KUALA LUMPUR, March 6 — Umno’s Datuk Seri Nazri Aziz told ally MCA that he does not plan to apologise over his recent row with the party’s leaders, but insisted that the exchange should not cause lasting resentment.

In an interview with the Malaysiakini news portal, the federal minister also said disagreements between the allies were a sign of a healthy and strong partnership between Barisan Nasional (BN) components.

“I can only do this thing if I am confident whatever I said would not affect our brotherly relationship,” he was quoted as saying by the portal.

The Padang Renggas MP added that while he would take offence if he was insulted by strangers, he would not be as sensitive to ribbing from those in his own circles.

Nazri stressed that the ability to brook dissent was a true indicator of the strength of any partnership.

I have blogged before on the civility shown by Australian politicians of different parties when outside "office hours". I narrated on their social cordiality after work when they could get together and have a pint or two, discussing whatever they wish to discuss "off the records".

The key phrase "off the records" is very much honoured by politicians and journalists-reporters in Australia, Britain and New Zealand but I am not sure about such a practice in the USA and Canada.

It's basically a media-politics "no kissee and tellee" where politicians and reporters could talk mutually amongst themselves without fear of being reported or any uttered indiscretion or faux pas reported, for example, "Politician X told 'T**Niamah' to Miss Y last night at the Selangor Golf Club bar", wakakaka.

It is a useful phrase used by politicians and reporters to relax and talk freely because the unwritten code of honour is so highly respected, revered and recognised by relevant parties, but which alas, Cecil Abraham didn't mention to his good friend of the very "noble profession" of lawyers, Mr Americk Singh Sidhu, when he (Cecil) admitted he was responsible for drafting the second SD of now deceased world-famous PI Balasubramaniam. Sh*t happened to Cecil after that 'indiscretion'.

Yes, Cecil Abraham was reported by his friend of the "noble profession" to the Disciplinary Board of the Bar for alleged misconduct.

Anyway, with or without the "off the records" phrase, Malaysian politicians don't like to show any civility to other politicians if the latter group belongs to the "enemy camp" and vice versa. I think they prefer, if they could or could get away with it, to kill/destroy the other bastards, wakakaka.

BTW, in Australia, the word 'bastard' is used as a term of affection by and among friends. Aussies like to joke (or boast) to foreigners that an Aussie calls an enemy a 'bastard' but a good mate a 'bloody bastard', wakakaka. 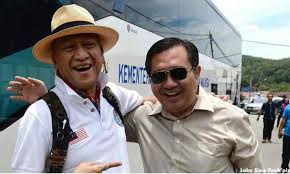 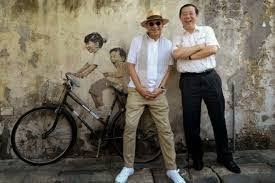 Anyway, let's return to the so-called 'after hours civility' for politicians. T'was in 2016, I think, that King Lim Chin Fui who was (is?) Negri Sembilan MCA chairman didn't like what he saw, that of Minister Aziz Nazri bear-hugging DAP leader Anthony Loke. That act of endearment by Nazri come just after he had said that he's on good terms with DAP secretary-general Lim Guan Eng.

Taken together, the acts of UMNO-DAP hugging and the acknowledgement of friendship, were just too much for a loved-deprived MCA to bear. Could it be painful jealousy or plain disgust at a very public act by Nazri of 'sleeping with the enemy', wakakaka?

Thus, King Lee was compelled to criticise Nazri, saying it was improper for an UMNO supreme council member to be so close with their political rivals.

Huhlooooo, I didn't know there was such a protocol of 'no-no' for an UMNO supreme council member? Wakakaka.

And ckeekily, Nazri has often riposted hurtingly to MCA, that DAP deserves more attention as the Rocket Party commands the support of the Chinese Malaysians, unlike MCA.

That's the genesis of the bad-ass feelings between Nazri and MaHwa. The recent Nazri's berserk anti-Robert Kuok rants didn't help much but instead brought humongous loss of face to an infuriated but powerless MCA.

Realising he might have gone too far, Nazri is now burying the hatchet in his tiff with MCA so he;s saying “I can only do this thing if I am confident whatever I said would not affect our brotherly relationship” .

It's not unlike the immortalised phrase in Eric Segal's book-film of 'Love Story' where 'Love means not ever having to say you're sorry', meaning Nazri does love the MCA, wakakaka. 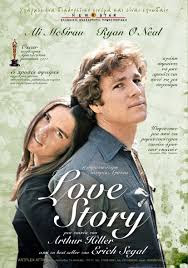 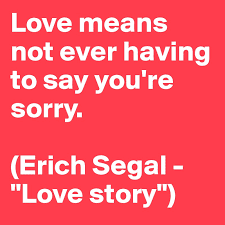