Star Online - This remote Chinese school has just three students, but with live streaming technology, they share a classroom with hundreds (extracts):


Ten years ago, the grounds at Lumacha primary school in remote Dingxi, a farming village in the mountainous region of China’s Gansu province, overflowed with 300 students during class breaks. Today the schoolyard is a lot quieter: there are just three students.

The plummeting student population is a consequence of China’s urban migration, with millions of rural residents having moved to big cities over the past decade in search of higher paid jobs – most taking their kids with them.

Now, thanks to high bandwidth internet technology, the classrooms at Lumacha and other schools in the northwestern part of China are no longer quiet – except that the chatter is coming across a live streaming network that connects hundreds of students spread across a vast area of China’s country side.

As part of Chinese president Xi Jinping’s goal to eradicate poverty across the nation by 2020, the central government has funded initiatives aimed at narrowing the gap between the quality of education in rural and urban areas. In February Beijing authorities announced they would boost internet speeds in rural schools so they are on par with major cities within two years, with China Unicom, the country’s second-largest mobile network operator, providing 100 Mbps cable service to provincial schools.

Technology development has also been a priority for the central government, with the goal of improving the country’s living standards. [...]


... Lumacha’s classroom is equipped with high-speed wireless internet, a large smart touch screen display and a webcam, secured to the wall with tape, as part of the Chinese government’s push to provide better connectivity to rural schools. [...]

Once in the classroom they [students] eagerly turn on the touch screen display, which is connected to a nearby computer that runs on the Windows 7 operating system. One of them will expertly navigate the cursor on the screen and log in to an educational platform titled CCTalk, Hujiang’s interactive online learning platform, where the three students take part in live-streamed classes daily, raising their hands to answer questions asked by the remote teachers.

This is what Malaysia badly needs and can achieve, to serve:

Such a system is not new and had long existed in Australia where its rural population has been spread over a large continent, and remote community of say, a population of only one family each, exists in areas as large as (or even bigger than) Penang Island.

Thus the Aussies developed a strategy to devise and design a communication system to serve the children's education in remote areas.

The difference between Aussie education of children in remote communities and those now of China's remote communities is that the Aussies then used (maybe still does) radio as the principal communicative tool whilst the Chinese now, with the modern benefits of Internet live streaming, use electronic-visual interactive online learning platforms.

Imagine what such a modern system can do for our kids in remote areas or those in schools with very low student population. 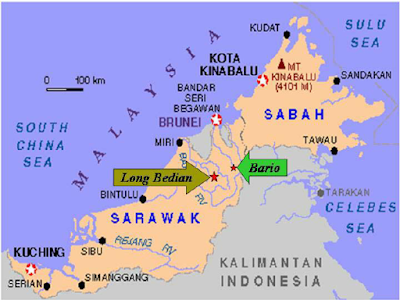