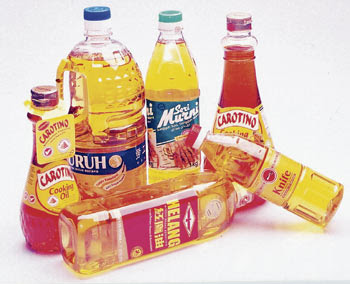 Its Sepang district branch chief, Mohamad Zaid Kamaluddin, said the operation by four members of the enforcement team at 3.15pm found 61 bottles of 5kg cooking oil and 388 packets of 1kg oil hidden at the mini market.

“The amount is different from the declared stock which is four boxes (17kg),” he said in a statement today.

The goods seized were worth RM1,732 and the case will be investigated under Section 15 of Supply Control Act 1961 for hoarding a controlled item.

Something must be wrong in Malaysia vis-a-vis (of all things) bloody cooking oil in the land of palm oil plantations, the second largest in the world.