Confucius turning in his grave? 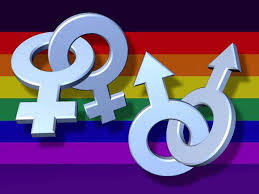 TAIPEI: Thousands protested in Taipei Thursday against draft bills that would make Taiwan the first place in Asia to legalise same-sex marriage, arguing traditional family values would be undermined. [...]


Supporters of gay rights are more hopeful than ever that same-sex marriage will soon become a reality under the pro-gay rights Democratic Progressive Party (DPP), which is in control of parliament for the first time.

But opposing voices have been building since proposed amendments to legalise same-sex marriage passed initial vetting in parliament earlier this month.

While Taiwan is considered progressive on many issues, its roots in Confucianism translate into a strong sense of adherence to traditional values such as family loyalty and social hierarchy.

David Tseng, spokesman of the rally’s organiser, The Happiness of the Next Generation Alliance, said that while the group supported equal rights for same-sex partners in certain areas, marriage should only be between a man and a woman.

“Now they want to amend the law to do away with the ‘father’ and ‘mother’ altogether,” he told AFP.

“We are different from the West. In Eastern culture, we place great importance on filial piety to one’s father and mother. This is a virtue we must keep,” he said.

Tseng also called for a referendum on the issue, criticising the absence of public participation in drafting the bills. 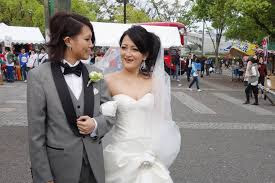 Taiwan is one of the region’s most forward-thinking societies when it comes to gay rights, but progress on marriage equality had been stagnant, because of resistance from the Kuomintang (KMT) party, which dominated politics for decades before being unseated by the DPP in May.

President Tsai Ing-wen has also openly supported marriage equality and said she would respect any decision reached by parliament.

A Christian alliance came to Taipei from the south of the island Thursday to protest. Dozens wearing black clerical clothing listened to a sermon while some blew horns used during worship.

“Only a heterosexual marriage can create the possibility of bearing children, and only then can we sustain the nation’s next generation,” said Wang Tzu-hao, a pastor representing the group.

“Marriage is a human right, but like all human rights there are limitations,” he told AFP.

A smattering of rainbow flags were also seen amid the protesters and a small group of gay marriage supporters also gathered outside parliament.

Nicole Yu, who described herself as a Christian, said she hoped the bill would pass so her parents would no longer be afraid to tell friends their daughter is gay.

“The bible does not oppose same-sex love,” she said.

Indeed, the bible not only does not oppose same-sex love but in fact immortalizes it, as the alleged homosexual love between King David and Jonathan, the son of King Saul. 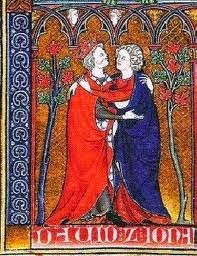 Samuel 18:1-4 (KJV) tells us: And it came to pass, when he had made an end of speaking unto Saul, that the soul of Jonathan was knit with the soul of David, and Jonathan loved him as his own soul. ... Then Jonathan and David made a covenant, because he loved him as his own soul. And Jonathan stripped himself of the robe that was upon him, and gave it to David, and his garments, even to his sword, and to his bow, and to his girdle.

That David eventually murdered and executed all of the members of Saul's family including his lover Jonathan and David's own wife Michal (who was Saul's daughter) is another story.

But same sex love (or gay rights) is quite different from same sex marriage, the latter being a hitherto unheard of and unpractised public-society's institution.

Well, at least it seems the Confucianists and Christians finally agree on one thing, that there shall be NO same sex marriage.

For the Confucianists, gay rights is okay, but up to a certain extent, that there shall be NO public or legalised same sex marriage.

Australia is currently facing the same problem where gay rights is already practised freely without any hindrance but politicians shy away from giving consent to legislation covering same sex marriage.

The argument that same sex marriage protects inheritance rights is no longer valid because in Australia, gay partners are entitled to their deceased partners' pension and property even without marriage, provided of course there is only one partner without another partner contesting over properties, wakakaka. 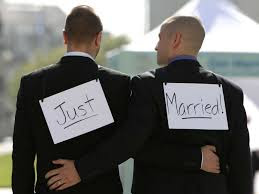 I am only speculating Taiwan could have the same rights though I am not sure on this.

Personally I don't care about same sex marriage but I have to admit I am a bit confused why gay partners, assuming the state recognizes their rights to their partners' properties and pensions, want to undergo processes to enter a man-made institution, namely, marriage.

Today, even heterosexual couples are foregoing marriage, though having a clear will written up is a necessary responsibility so that the most unjust problem faced by the female partner of Stieg Larsson is not revisited. 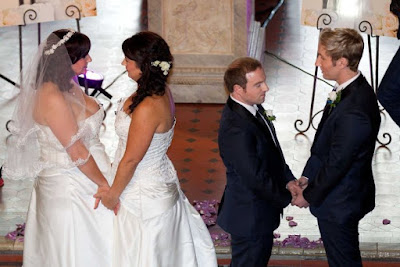