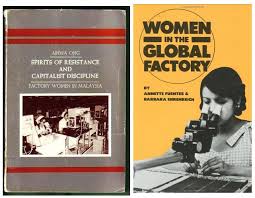 SEREMBAN: Sekolah Kebangsaan (SK) Pasoh 3, Jempol is resorting to alternative treatment as part of efforts to cure the current incidences of hysteria among its students.


Negeri Sembilan education director Rusni Ab Jalil said despite alternative Islamic treatment from Jempol and Segamat, Johor, the mysterious situation persisted and there were still frequent breakouts of hysteria among the students.

“The JPNS views this incident very seriously as it has been recurring since August.

“Various efforts have been made to solve the problem.

“Besides using alternative methods, we have also called in the District Health Office to conduct checks on the quality of food provided and the food preparation areas since there were reports that students felt dizziness before the hysteria broke out,” she told Bernama when contacted here today.

(a) Need to send paranormal investigation there.

(b) I remembered that similar hysterical cases happened in the girl hostel and only Malay students were affected. Non-Malays were not affected at all. Could be the link to the past belief and practices of spirits and shamans which still cannot be broken, just like the cases of what is known as SAKA still affecting a lot of Malay family.

(d) (linked to above comment) Together with PAS spiritual leader who talked more nonsense than sense.

From above, kaytee concludes:

But the upshot is JAKIM and JHEARN (or pandai JAIS and equally pandai JAWI) have been bloody useless in failing to resolve this issue or earlier cases of mass hysteria. They must explain why ONLY Malay Muslim girls have been affected.

1. Nik Mohamad Abduh who knew way way way back that the flooding in Kelantan was sent by Allah swt a la the flooding experienced by Noah pbuh. Based on Nik Abduh's boast, I have to surmised he has a personal direct line (or lie) to the almighty.

2. Raja Bomoh - what will we do without his twin coconuts, especially now that Duterte is in town.

Duterte is President of the Philippines, the world's biggest producer of copra (not cobra) which comes from coconut. It is a derivative of the Malayalam word 'koppra'.

In other words, those non-college-educated blue collar white men and white women voted for a man who is the exact opposite of their class and who in real life actually looks down on them.

In fact, in the USA there is no Presidential candidate in recent years who has been from the non-college-educated blue collar white men and white women.

A plus for Trump though - he boasted of grabbing women's pussies. He should instead concentrate on dogs (sorry, 'sausages'). 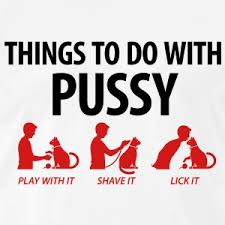