From Malaysiakini by Eric Loo on how Trump had won: 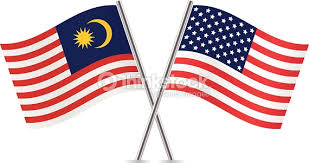 [...] Trump did not win the US presidency because he appealed to “Americans who have been left behind - those who want to see their government more focused on their interests and welfare”.

Trump won because he unashamedly exploited the myopic mindsets of white Americans “without college degrees” and “white evangelical Christian” single issue voters who can’t see the forest for the trees. They see the world in black and white. They can only understand a globalised economy as one of ‘us against them’.

Trump played to the socio-economic angst and racist streak of the predominantly white demographics who longed for the good ole days of white sliced bread and peanut butter jelly, when America was ‘great’, when women stayed home as homemakers, when men were, well, macho men to be rightfully served by submissive women.

Trump’s repugnant rhetoric targeted the white Americans’ irrational fear and intense dislike of the establishment, of the elites, of the media, of non-Whites, and anyone who look like Muslims. (By the way, he said he’d ban immigration - and visits - by people from countries compromised by Islamic terrorism, and that includes Malaysia).

Same same. Here UMNO is Trump, while Trump is like UMNO - maybe he learnt from UMNO.

Trump played to the Heartland or what they called the Rustbelt of America.

He frightened the Yanks of Muslim hordes which BTW Pauline Hanson and many even in the Coalition have been doing.

Wakakaka.
Posted by KTemoc at 7:32 pm