I have finally bought a copy of The Reluctant Politician by Ooi Kee Beng in a local bookstore specializing in Asian books. It's a biography of Tun Dr Ismail, said to be the best PM we never had, when unfortunately for us, he passed away suddenly during his stint as DPM to Tun Razak. 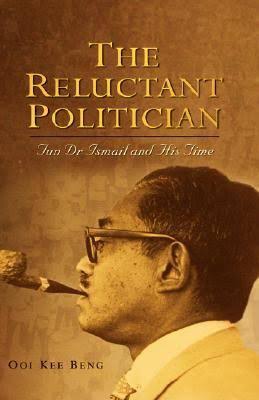 Unusually for a Muslim, his body laid in state for two extra days because Razak was then out of the country, actually in Canada attending the Commonwealth Summit, and the PM at that time gave instructions not to bury Allahyarham Tun Dr Ismail until he returned home to personally attend to the deceased's state funeral.

Before I get into the meat of what I want to say, I noted with some interests as well as puzzlements that in Ooi Kee Beng's acknowledgements thanking those who helped him with the book, he did NOT list the name of Mahathir Mohamad.

This was weird considering Mahathir was PM of Malaysia for 22 years and rather unusual for Ooi not to consult or interview Mahathir on a book about the legendary Tun Dr Ismail.

Apart from the obvious (family members of Tun Dr Ismail), the various agencies like Bernama, NSTP and the not so well-known, Ooi Kee Beng only acknowledged the help of Malaysian politicians, social personalities and academicians (well known to us) like:

but strangely, nay, bizarrely not Mahathir Mohamad at all.

(Najib was not even a politician at that time)

(a) Ooi Kee beng did not interview Mahathir at all? (most unlikely as Mahathir was PM of Malaysia for 22 years) or,

(b) Mahathir refused to be interviewed by the author for various reasons including the possibility that he disliked Tun Dr Ismail so much he (Mahathir) did not want to have anything to do with the book, or

(c) Mahathir was interviewed but said something so bad about Tun Dr Ismail that so shocked Ooi Kee Beng who then decided to omit that interview completely.

Personally I have no idea. Maybe one day I'll write to Mr Ooi Kee Beng to find out what was the reason for the significant omission of Mahathir.

But on with the story about Tun Dr Ismail (which I had posted on before).

To start off, my dear readers, here goes.

When Tun Dr Ismail who was acting PM at that time because Tun Razak was in Canada, died suddenly of a heart attack in 1973, Razak issued instructions from Canada (even as he rushed back, with the travelling support of the Canadian government) that the deceased was to be buried INSIDE the Makam Pahlawan (Heroes Mausoleum).

On reaching Malaysia after a flight to Europe and thence to Malaysia where he was picked up by a RMAF transport aircraft, Razak in an unguarded moment remarked sadly to his RMAF pilot in the cockpit which he visited during the flight, words to the effect, "What am I going to do now with Tun Ismail gone?" indicating his (Razak) frightening loss as he had relied so much on the late Tun Ismail. 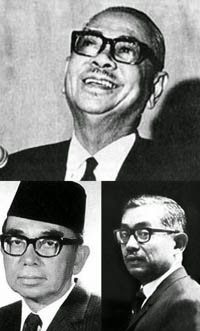 And it has to be said that Tun Ismail probably died much earlier than he would have because he was recalled from retirement to serve as Razak's deputy after the chaos of May 13, when he was already suffering from a bad heart and was advised by his doctor to retire.

Now on the Makam Pahlawan (Heroes Mausoleum) which has two burial sectors, one inside the building and the other outside in the open, Tun Razak wanted Tun Dr Ismail interred inside.

According to Wikipedia, Sardon Jubir, a minister in Malaysian cabinet in earlier days, had prepared the burial plot for Tun Dr Ismail OUTSIDE the Makam against the explicit instructions of Razak, BUT I was reliably informed, very reliably informed that Razak, on realizing his specific instructions was disobeyed, blamed Tunku for that.

Razak was heard by many who were there during the change of site for the burial plot to have snapped very fiercely at the older man (Tunku who was then long deposed by Razak of his PM post), hurtful words to the effect: "Don't worry about being deprived of a place inside the Makam, I'll reserve a place here for you."

Tunku who was said to be the brains behind the construction of Makam Pahlawan was so shocked and hurt that he left very specific instructions not to be ever buried inside or outside the Makam. In 1990 when Tunku passed away, his instructions were obeyed where our nation's 1st PM was buried in the Kedah Royal Mausoleum in Alor Setar.

Now, it might be that Tunku could have ordered Sardon Jubir to bury Tun Dr Ismail elsewhere or at most outside the Makam Pahlawan

The reason could be this (admittedly speculating here): Tunku who was fond of stuff American, had the original aim of making the Makam Pahlawan as the Malaysian equivalent of Arlington National Cemetery.

That meant the Makam Pahlawan (as its name implies) was meant only for military and police service personnel who died in heroic circumstances (Malaysia was then in the throes of the Emergency) and not civilians.

By the by, Tunku also modeled the Tugu Pahlawan after the US Marine Corp Monument and allegedly the Malaysian flag after the US flag.

So that might possibly have been the reason why Tunku was stunned by and possibly disagreed with Tun Razak's unilateral decision to change the already agreed concept of burial at the Makam Pahlawan to inter the late Tun Dr Ismail, essentially a civilian, there.

But Tun Razak's stinging words to Tunku, his one-time mentor and boss, and his predecessor as PM, was quite ferociously biadap for a Malay, and generally considered as absolutely uncalled for.

OK, another important tidbit about the late Tun Dr Ismail was RPK's mention of Dr Mahathir in his THE UMNO, PKR AND PAS INTERNAL STRIFE (PART 5) post, that prior to Tun Dr Ismail's death he voiced his real concerns to some friends about Razak's intention to rehabilitate Dr Mahathir, wakakaka.

Obviously Tun Ismail who was a multi-racial-culturalist didn't like or trust Dr Mahathir who was already a notorious ultra in those early days of Malaysian independence, and was said to have prefer the far more moderate Musa Hitam. 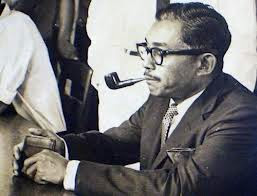 I suspect that if Tun Dr Ismail did not pass away suddenly, and had lived on to become the 3rd PM of Malaysia, Mahathir would not be ever PM nor even accepted back into UMNO. Tun Dr Ismail'c choice would have been Musa Hitam or perhaps Ku Li.

Robert Kuok, who was a personal friend of Tun Dr Ismail, said: “In my opinion, he was probably the most non-racial, non-racist Malay I have met in my life. And I have met a very wide range of Malays from all parts of Malaysia. Doc was a stickler for total fair play, for correctness; total anathema to him to be anything else. Every Malay colleague feared him because of this, including Mahathir."

Mahathir was afraid of the late elderly doctor?

I wonder whether that could have been the reason Ooi Kee Beng was possibly spurned by Mahathir for an interview on the life of the late Tun Dr Ismail, or Mahathir might have said something nasty about the respected late Tun Dr Ismail to the extent Ooi thought it would be more discreet to remain silent on ever interviewing Mahathir (I suspect Ooi must have because Mahathir was PM of Malaysia for 22 years), and which had been why he did not include Mahathir in the acknowledgement page of his book on Tun Dr Ismail?
Posted by KTemoc at 1:02 pm