From MM Online about Pak Haji saying 'yes' but means 'no' and 'maybe' and 'act dunno':

“We have answered this question before. There will be no negotiation with DAP,” he told reporters when met at the Parliament lobby here today.

He also claimed that PAS president Datuk Seri Abdul Hadi Awang’s statement that the party was open to joining opposition parties to topple BN, had been exaggerated.

Yesterday, Abdul Hadi was reported as saying that PAS had no problem to cooperate with any parties in the opposition bloc, including DAP, to ensure straight fights against BN in the next general election, but DAP should keep their noses out of PAS’ internal affairs.

Prior to this, the party’s Spiritual Leader Hashim Jasin was reported as saying that the party had agreed to the concept of one-to-one contest against BN.

Lim said the party had always open its door to work together with all parties to ensure straight fights in the upcoming general elections. — Bernama

The words of a PAS ulama is worth sh**. But wait, I've changed my mind, because I know PAS is sincere in collaborating with only Malay parties like UMNO and PKR, wakakaka, which has been why Dr Wan Azizah has been rapt (as she was in 2004. wakakaka again). 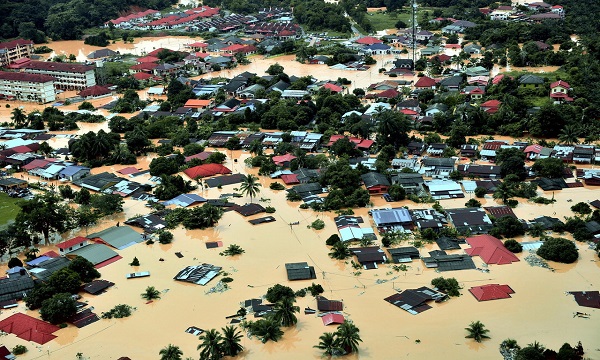 Hey, don't forget that Nik Muhammad Abduh had said Kelantan's last but very drastic floods was caused by Allah swt to punish Kelantanese because DAP did not support hudud. Maybe he was personally told by Allah swt? But Nik Abduh did not explain why Allah swt punished pious Muslims of Kelantan.

Well, north-east monsoon season is now on us, and coupled with La Nina, get your yellow timba's (pails) ready, as some of you Kelantanese will need them a la Noah pbuh, in accordance with Nik Abduh's claim.