FMT on Bersih becoming part of the federal opposition (extracts): 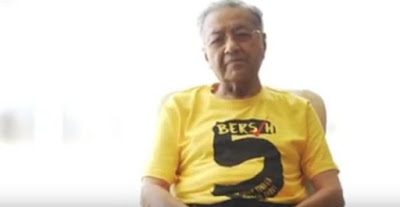 
It will also indicate how strong Prime Minister Najib Razak’s position is among unhappy grassroots Umno members, according to a Bloomberg report. [...]

Analysts said a sizable turnout on Saturday is needed to gain traction.

Sholto Byrnes, a senior fellow at the Institute of Strategic and International Studies Malaysia in Kuala Lumpur was quoted as saying: “If Malays do not make up a major part of those attending Bersih, it will show the opposition is failing to win over the voters it needs, is still reliant on its core of Chinese and urban liberals.

“It’s a big test for the opposition.”

Bersih was formally a NGO dedicated to being the election watchdog or watch-sausage, wakakaka. It monitors elections in Malaysia and the associated electoral process (eg. delineation) and administrations, alerts both politicians on both sides of the political divide and the general public to any election nonsense or lack of fairness as well as any noticeable naughtiness of the Election Commission and his staff. 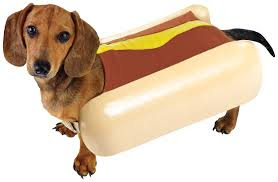 But once Maria Chin Abdullah has taken over Bersih, she converts the NGO into a pro federal opposition organization and launches it into an anti Najib group. It's probably because she's one of those easily 'confused' Muslims that JAKIM, JAIS and other JA-wannabe Saladin's seek to protect from evil non-Muslims like DAP, MCA, Israel, Ninja Joe and kaytee, wakakaka.

On top of being a federal opposition member, Berish is also a human rights group, an economic watch sausage and a defender of Mahathir, as Maria Chin Abdullah has asked us to forgive Mahathir for his past sins, crimes and oppressions.

Early this year she was reported by the now-defunct TMI as follows:

She said this in response to calls for the former prime minister to apologise or to acknowledge his role in ruining Malaysia’s institutions, and in concentrating power in the prime minister’s hands during his 22-year rule.

Such demands had been voiced by activists as a pre-condition for joining Dr Mahathir’s new movement to remove Prime Minister Datuk Seri Najib Razak.

The Citizens Declaration was announced and signed today by Dr Mahathir and 57 others, including Maria and other activists.

“His willingness to say that we need institutional reforms means that he has recognised that something is wrong. And I think that is good enough that he says there is something wrong with the system and he actually spelt it out.

“It means mistakes were made previously and we are here now to move forward by correcting them,” Maria told The Malaysian Insider after signing the declaration in Kuala Lumpur.

The declaration among others calls for institutional reforms, including restoring integrity to “undermined institutions” such as the police, the Malaysian Anti-Corruption Commission, Bank Negara and the Public Accounts Committee.

Maria, who heads the Bersih 2.0 coalition for electoral reforms, said she attended Dr Mahathir’s press conference and signed the declaration today in her individual capacity.

But Maria, though Mother Teresa-ing Mahathir, is less forgiving of others, wakakaka. In fact, Maria is so forgiving of Mahathir that she was reported by FMT as follows:

“This is because Anwar is still in jail and Mahathir is partially responsible for this.

“It is also significant for them to shake hands in the context of Anwar’s exit from Umno,” she said to FMT when contacted, alluding to how instrumental Mahathir was in ousting his then deputy prime minister from the government and Umno in 1998.

Anwar was sacked from the administration following allegations of sexual misconduct.

Chin was commenting on Mahathir’s unscheduled visit to a High Court hearing here on an urgent application by Anwar to suspend the enforcement of the controversial National Security Council Act (NSC).

The 91-year-old Mahathir arrived about 3pm. He was spotted shaking hands and briefly exchanging pleasantries with Anwar in the witness room.

Thus she can be described as Mahathir's personal Mother Teresa, though mind you, this is not to defile her Muslimness and her naturally confused state of mind, as alluded by JAKIM of most Muslims who can be so easily confused.

Once Malay Mail Online journalist Boo Su-Lyn defiantly said "So what if Bersih is pro Opposition?" when I feel she should have said "So what if the federal opposition is pro Bersih?" which would have at least kept Bersih's non-aligned credentials clean, though Bersih's non aligned credential has, since highly-confused Maria Chin Abdullah taken over as head of the election watch sausage, gone to the dogs (or sausages). 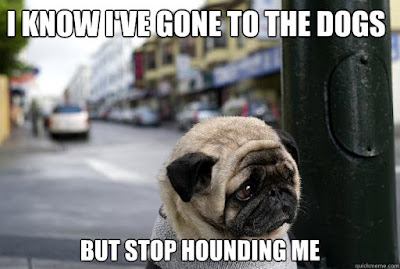 But with today's FMT news article, I can confirm that suspicions of Maria Chin Abdullah's political impartiality going to the sausage factory is true. Berish is now definitely part of the federal opposition.

It may possibly be re-named (as in re-delineation) as Pri-sage, the stage before becoming 'sausage' or alternatively 'son of sausage', wakakaka, as a natural associate of Pribumi.

So we may yet see the Coalition of 4 P's, Pribumi, Pri-sage, PKR and PAS (the last if Moody and Azmin are successful, and with DAP expelled from Pakatan).