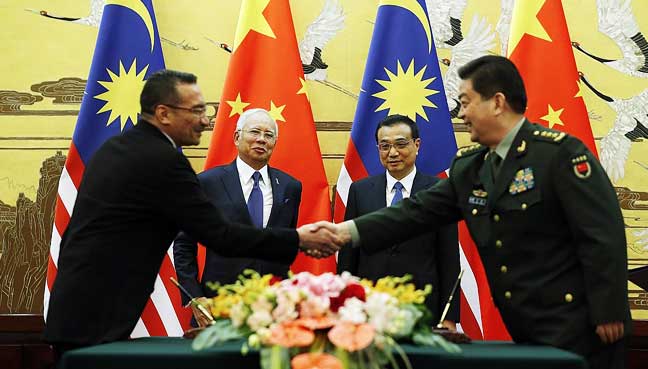 KUALA LUMPUR: Despite the weakening economy, the government has justified its purchase of four China-made littoral mission ships (LMS) for the Royal Malaysian Navy (RMN).

Defence Minister Hishammuddin Hussein said some of the navy’s assets were more than 30 years old.

“The new ships are meant to replace worn-out assets and they are cost-effective. Some of our LMS ships are ineffective.

“Our fleet of 15 vessels have an average age of more than 30 years. The cost of their maintenance is going up,” he told the Dewan Rakyat today.

Of the four, two would be built in China and the other two in Malaysia.

Hishammuddin said the ships would meet the needs of the defence sector.

“The construction of the ships would also involve transfer of technology,” he said, adding that it was crucial to upgrade the fleet as the country faced threats from non-state actors, such as the Islamic State.

“The vessels we have are ineffective, so we need the LMS which are more effective in patrolling our coastal waters,” Hishammuddin said. 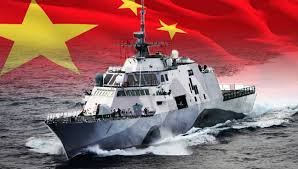 Since the above news broke out, there have been relentless vilifications directed at both Najib and Hishamuddin for selling the country or the country's security to China, a communist country.

We have been informed that either one of them or both are now licking and sucking China's balls.

Have the voluminous hatred been directed against China or have they been against only Najib (and Hisham), or both China and Najib (including Hisham).

I am inclined to believe that the bad mouthings have been against Najib. Whatever he does or have done or will be doing must be bad.

... rifles from Germany and Belgium,

So whose balls are we licking and sucking?

China is communist? But so is Russia!

But maybe Russian being whites with white balls, wakakaka, are more suckable to you morons.

BTW, wasn't it Mahathir who purchased the Russian aircraft and who did a Malay "cosmonaut" deal with them?

Wasn't it Anwar Ibrahim who purchased the ATC Marconi radar system (which he claimed could have followed MH370 as it tracked into the south Indian Ocean?

Soon Hilary Clinton will be President of the USA, so there won't be any American balls to lick and suck. You have to think of (her) something else for American military equipment we have or will be purchasing, you bunch of mongrels left-over rancid satay-ish sausage.

Wakakaka.
Posted by KTemoc at 4:11 pm