PETALING JAYA: The Registrar of Societies is reported to have given formal warning to Parti Pribumi Bersatu Malaysia against calling itself just “Bersatu” in its activities.

In a letter to the party dated Nov 8, the registrar, Nawawi bin Mat, said stern action could be taken against it, including deregistration, if PPBM continued to use “Bersatu” as the short form of its name.

Nawawi was reported to have told the party that it was not allowed to use the word Bersatu in its ceramah, publications, posters and bunting, among other things ..

The home minister, Ahmad Zaid Hamidi, had previously said that the registrar had not allowed the use of “Bersatu” as the short-form because six other registered political parties and organisations also had the word Bersatu in their names.

RoS has made numerous bullshit actions or non-actions in the past but this time but I have to say the Register is right.

Apart from the reason that '... six other registered political parties and organisations also had the word Bersatu in their names ....' I don't see how a solely-for-Malays political party could dare to call itself 'Bersatu'.

It's currently headed by 'I am Malay first' Moody, backed by a man who always has a grudge against Cinapeks. Thus I wasn't surprised it named itself Pribumi Bersatu.

So why should it be shy in calling itself 'Pribumi' for short instead of the likely-to-confuse 'Bersatu', bearing in mind Malay Muslims are most prone to confusion, according to Jakim, wakakaka.

I urge Mahathir, Moody and Mukhriz to use that short name of 'Pribumi', which, to reiterate, is wholesomely appropriate because only Pribumi or Malays could join the party.

Now, whether a Christian Iban or a Christian Kadazan can join remains to be seen, wakakaka, though I have my doubts. And I'm not sure about RTA and Heavenly Snake and Nika Gee, wakakaka again. 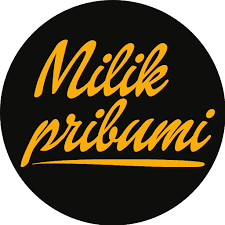