Support must be based on justice 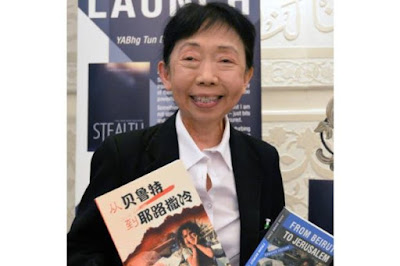 KUALA LUMPUR: The plight of the Palestinians should not be viewed as a Muslim issue but rather a humanitarian one, said a Christian social activist who has dedicated much of her life to the cause.

Dr Ang Swee Chai (pic), the co-founder of Medical Aid for Palestinians, said many had asked why a Christian Chinese woman was walking the journey of the Palestinians.
“This is an important question as I am not an Arab, not a Muslim, not even a Jew. But I see the Palestinians as my brothers and sisters struggling for their rights and human dignity. I have learnt that humanity is not bound by race, colour or religion,” Dr Ang, 67, told The Star in an interview.

Penang-born Dr Ang, a Singaporean citizen, is also the author of From Beirut to Jerusalem, a book about her personal journey to war-torn Lebanon in 1982.

It was there that she witnessed the Sabra and Shatila massacre, where thousands of Palestinian refugees were killed.

A Chinese version of her book was launched at the Perdana Global Peace Foundation here on Friday.

“I am so happy to see my book published so that the Chinese community can read about it and learn that this is a human issue. In fact, there are a lot of Palestinians who are Christians,” said Dr Ang who currently works in the emergency and trauma centre at the Royal London Hospital.

She said that supporting the Palestinians didn’t mean one had to give up his or her religion.

“By supporting the Palestinians, it doesn’t mean you give up being a Buddhist, give up being a Christian. You become a better human being,” she said, adding that in the past even her family had asked why she was taking up a “Muslim issue”.

Dr Ang, who was brought up in Singapore but now settles in London, first went to Lebanon to help out victims of the war in August 1982.

After that she went back to Lebanon and Gaza to help out the victims of such human atrocities.

For her work, the orthopaedic surgeon was awarded the Star of Palestine by the late Yasser Arafat, chairman of the Palestine Liberation Organisation (PLO).

There must be something in Penang that has seen so many Penangites being caring, compassionate and cute like kaytee, wakakaka.

Chinese Malaysians, heed her word - Israel is the oppressor state as it had always been - read the Old Testament to understand what sort of people the Israelites were, as are now their descendants, the Israelis. 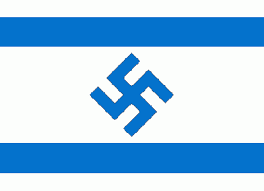 The Palestinians are the oppressed, the victims, the dispossessed.

At the root of it have been the Americans and their blinkered blind Christian obsession with the supposed Second Coming of Yehoshua ben Yosef in Israel.

I have it on allegedly good authority, wakakaka, that Jesus will make his Second Coming in Tahiti or Krabi or Hainan, and not that blood-soaked strip of land in the Levant.

If any Muslim Malaysian supports Palestinians because of your biased attitude based on religion, then be aware that is one of the principal reasons why Chinese and Indian Malaysians see Palestinians as unpleasant arrogant Muslims they have come to identify as Malay Muslims, and thus do not deserve support.

Since biblical times the Judean (of the tribe of Judah, one of the 12 Israelite tribes) were slaughtering the Amalekites, Edomites, Philistines, and even their own brethrens, the other 10 tribes and most of all, No 11, the Benjaminites (because of David's enmity with Saul). They liked to and still do, kill other races which they claimed (still do) had been on the orders of their god.

Today, only 99.9999999999% of Jews are from the House of Judah (Judean, hence Jews). Their cruelty are particularly obscene like the Nazis of Germany.

We should support Palestinians as Dr Ang has, for injustice done to them, for oppression imposed on them, for cruelty suffered by them at the hands of the Israelis.