From the Malay Mail Online about Soros funding PKR (extracts): 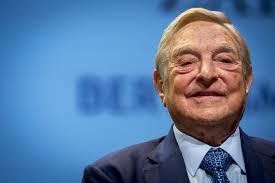 "I'm not surprised because I had already exposed PKR and Malaysiakini (received funds) in 2004. Only Bersih and Merdeka Centre were the new recipients (of the funds), after 2010," said Lokman, who was sacked from PKR following his disclosure of the party's sourcing of funds from foreigners. [...]

"When I asked Mohamad Ezam Mohd Nor (former political secretary of Datuk Seri Anwar Ibrahim) at the time, he informed me that the funds came from Soros.

So for PKR, being financed by Soros is not a new thing.... (it has been so) since 2004 to my knowledge. What I don't know is it could be earlier than that, I'm not sure," he explained.

Naturally funding from foreign sources should be considered carefully before its acceptance, firstly to ensure it's not illegal under Malaysian laws, and secondly, to ascertain the foreign motives and interests are NOT prejudicial to Malaysian interests and security.

Thus, if PKR sourced funds from abroad, provided that's not illegal under Malaysian laws and does not conflict with Malaysian interests and security, then it's okay and entirely a PKR affair, though funding whether domestic or foreign, usually carries a quid pro quo requirement.

Has it been because he dislikes Mahathir, thus sees PKR and of course Anwar as a natural opposition to the former Malaysian PM?

Or has it been because he thinks he could control or at least influence Malaysian affairs?

Notably, Soros is known for his support of separatist movements. He supported Kosovo independence, helped fund the non-profit group called Independent Diplomat which represented Kosovo, the Turkish Republic of Northern Cyprus, Somaliland, and the Polisario Front of Western Sahara.

I wonder whether Soros could have interests in the former Tamil Eelam, and perhaps now in Hindraf, wakakaka.