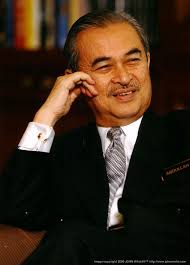 In his re-telling of events after Barisan Nasional lost its customary two-thirds parliamentary majority that year, Kalimullah said he had been with Abdullah at the Barisan Nasional operations centre when the results were announced.

Abdullah would not have a repeat of the deadly race riots of May 13, 1969 following the Alliance Party’s loss of the supermajority then, former New Straits Times editor-in-chief said in remarks published in Abdullah’s authorised biography Being Abdullah Ahmad Badawi.

“Abdullah opened up and told me that there were some from his Umno ranks who wanted to create trouble to wrest back states like Selangor and Perak but he told them: ‘You do that, we will throw you behind bars and you will be there for a long time,” Kalimullah said.

“Without his blessing and protection, the bravado of these so-called leaders just withered and thankfully, there were no incidents,” he added.

Kalimullah said that after sensing the tension following the results, Abdullah had called the then Inspector-General of Police Tan Sri Musa Hassan and asked the latter to warn both BN and opposition leaders against instigating trouble.

A probable 2nd 'May 13' was averted, a usual UMNO game plan which worked in May 1969 was properly thrown into the bin.

Datuk Zaid Ibrahim, who briefly served as de facto law minister in Abdullah’s Cabinet, also said that Abdullah did not give in to the temptation of political self preservation and allow the Umno operators to entice a few opposition crossovers.

“Abdullah accepted the verdict of the voters. It was democracy at work,” Zaid was quoted as saying in the book released yesterday.
Abdullah resigned as PM in April 2009, just one year after the election, following prolonged pressure from his own party to step down.

Seems AAB had been a decent PM and a responsible Malaysian. Have we been too harsh on him because of a "troublemaker"?