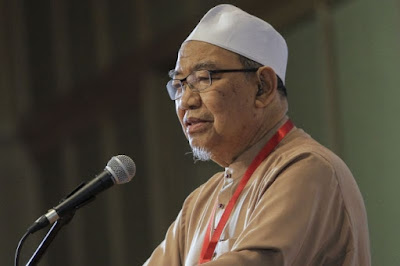 He said the Malaysian Islamic Development Department (Jakim) and the Selangor Islamic Affairs Department (Jais) should focus on the food content when it comes to determining the halal state instead of scrutinising food name and posters.

“Yes, they are being extreme with their issue with posters and name of food. They should look at the content... that’s what determines the halalness.

“That is the duty of Jais and all. They should analyse and come up with advice or a list so Muslims can know what is halal or not,” he told Malay Mail Online yesterday.

Harussani explained that a particular poster or name of a specific food like “hot dog” would not cause Muslims to go against their religion. 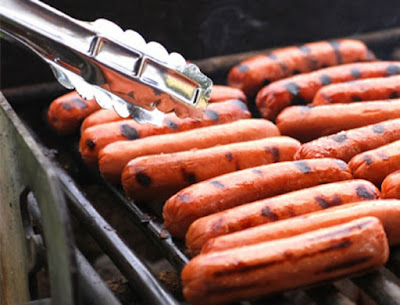 “Like hot dogs, the word has been used for a long time. There has been some issue with it for some time but the name is permitted as long as the content is halal,” he said.

The senior religious figure also warned the public and religious authorities to first investigate an issue before sharing it on social media.

“Please check and verify first before sharing it. Any party that wants to comment needs to study and analyse the issue before saying anything. If not, it will be blown out of proportion,” Harussani said.

I think it was my visitor CK who asked me whether the Mufti just had a brain transplant, wakakaka.

No, Harussani is just being the astronaut like Ibrahim Ali, wakakaka.

Now, what do I mean by that?

Well, we need to step back to 2010 when the word 'gratitude' was brandished around because the Chinese Malaysians failed to exhibit just that 'gratitude' when BN pork barrelled the voters in Chinese majority constituencies.

In Malaysia, while Malay and Indonesian dictionaries provide basically the same meaning as for the English word, apparently'gratitude' has a totally different meaning when uttered by people like Ibrahim Ali.

I mulled over this Ibrahim-Ali-strangeness for a while before I decided to look under ‘feudalism’ which came up with:

A system of obligations that bound lords and their subjects in Europe during much of the Middle Ages.

In theory, the king owned all or most of the land and gave it to his leading nobles in return for their loyalty and military service. The nobles in turn held land that peasants, including serfs, were allowed to farm in return for the peasants' labor and a portion of their produce.

Under feudalism, people were born with a permanent position in society.

I believe Ibrahim Ali could have the above yellow highlighted sentences in mind when he spoke of the lack of ‘gratitude’ of the Chinese, that is, modifying the former a wee bit to read:

"In theory, the PM owned all or most of the land and gave it to his supporters in return for their loyalty ..."

“Under feudalism, people were born with a permanent position in society”.

While we unpitifully bash poor Ibrahim Ali, wakakaka, in reality he is nobody other than a front. That the bloke is just a survivor. And so is Harussani, wakakaka.

Look, if Pakatan becomes the ruling party one day, Ibrahim Ali will be there beside the new Pakatan PM singing a new song titled ‘Reformasi is for me’.

OTOH, if PAS assumes power, Ibrahim Ali will replace the Kulim Wonder as the No 1 Islamic warrior of Malaysia, and ...

... in the unlikely event of DAP becoming the ruling party, Ibrahim Ali of course will be in astronaut costume, helmet and all, to show he’s an ardent rocket jock wakakaka.

Yes, Harussani is like Ibrahim Ali. They test the wind each morning when they wake up and each night when they go to bed, to see which way the wind is and will be blowing.

Harussani does not need a brain transplant because he has already the primitive instinct for survival, and acts just like Ibrahim Ali now where the latter is lying low or will speak to support Najib.

Harussani heard Minister Nazri Aziz comment on hot dogs, and realizing that the minister is Najib's head-kicker, and thus representing Najib's views, as well as the fact that Jamil Khir Baharom, the religious minister has backed down instead of backing Jakim, has decided to play safe.