Who will likely be the first female US President?

MM Online - Breaking that highest and hardest glass ceiling — Azrul Mohd Khalib who laments the heart-breaking loss of Hillary Clinton, the most prepared and most qualified person to run for the presidency, against a bigoted clown. Azrul wrote (relevant extracts): 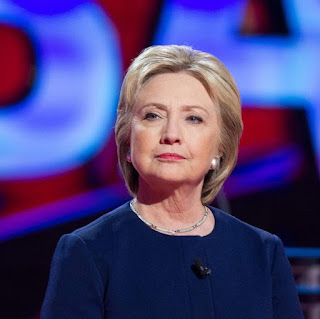 To remind everyone there of the enormity of the task and struggle involved. To illustrate how despite being the most prepared and most qualified person to run for the presidency, as testified by Barack Obama and especially in comparison to Donald Trump, the glass for whatever reason, remained firm. [...]

It is sobering to think that women in the US only got the vote slightly less than a hundred years ago. It was only after 18 August 1920 through the Nineteenth Amendment to the US Constitution, that women were guaranteed their right to cast a vote. Before that, most states disenfranchised women.

Four years before that, Jeannette Rankin of Montana who ran on the Republican ticket, became the first woman to be elected to the House of Representatives.

If Hillary had won, she would have made history as the first female US President. Exactly a hundred years after Jeannette Rankin’s debut.

Whether due to disillusionment, voters being cynical and sceptical of both candidates, or just plain apathy, a lot of people decided to not exercise their right to vote this time around compared to the two previous election. Arguably, it contributed towards Hillary’s downfall. [...]

Another contributory cause had been the questionable interventions of the FBI Director, James Comey, who until not too long ago was a registered Republican Party member.

Hillary has just commented that Comey did her in twice, firstly by presenting a letter to Congress that she was being investigated again for her emails.

Comey made an independent decision to go against Justice Department advice and longstanding FBI practice to not comment publicly about politically sensitive investigations within 60 days of an election.

He said unconvincingly: "We don't ordinarily tell Congress about ongoing investigations, but here I feel an obligation to do so given that I testified repeatedly in recent months that our investigation was completed. I also think it would be misleading to the American people were we not to supplement the record."

But it was his timing of his announcement, just a mere 2 weeks (not 60 days) before election day, that pointed accusatively at his indiscretion. Was it deliberately in favour of his preferred party?

Comey did Hillary in a second time just two days before the election by clearing her of all charges but which in effect spurred more Republican supporters to come out to vote in fear of her likely victory.

Continuing with Azrul's article: Because of Hillary, there will be more young American girls in school who will write “President of the United States” in the box for “Ambition” or “What you want to be when you grow up?” She has paved the way forward and cause thousands of cracks to emerge in that ceiling.

Will 2020 see another woman try her luck at the ultimate prize and succeed where Hillary did not?

Will that glass ceiling finally be shattered? We shall see what happens in four years.

Coincidentally, I read Australian news today which published readers' letter on topic and a few writers pointed out, given the mentality and preference of white American male voters, who will likely be the first female US Presidential candidate and also the one to beat Trump?

Many of them named Kim Kardashian, wakakaka.