Poor Mahathir - How low can you go?

MM Online - How low can you go, minister asks Dr M over the latter’s stand on Soros

KUALA LUMPUR, Nov 5 ― The contradictions in what Tun Dr Mahathir Mohamad says about billionaire George Soros between then and now, are so glaring to the point of embarrassment, says Communications and Multimedia Minister Datuk Seri Dr Salleh Said Keruak.

He said the former prime minister had blamed Soros when Malaysia’s economy faced a crisis previously but today, was saying the exact opposite of what he used to say.

He said Dr Mahathir’s latest comment on Soros must be the lowest level he had stooped to, over the last two years when he started attacking Prime Minister Datuk Seri Najib Razak.

In his latest blog posting Salleh noted that when Malaysia’s economy faced a crisis, Dr Mahathir refused to accept responsibility and admit he was to blame for it.

Instead, the former prime minister blamed it on Soros.

He said Dr Mahathir had even uttered anti-Semitic statements which in any other country would have seen him arrested and jailed, or even forced to resign from office.

“He even had the gall to refer to Jews as people with crooked noses. Dr Mahathir was bitterly opposed to street demonstrations and many opposition people were arrested and charged or detained without trial for organising and participating in demonstrations when he was prime minister,” noted Salleh.

“Today, Soros is a good man for financing groups that are out to topple the government while demonstrations are a good and legitimate way to change governments.

“Does Dr Mahathir remember what he used to say, or does he think we have forgotten? Politics is one thing but ‘maruah’ (dignity) must also be maintained in the game of politics because if we lose our ‘maruah’, we have nothing left,” he said

Apart from Mahathir conveniently forgetting what he had said in his days of immense power, Melayu mudah lupa mah, that he referred to Jews as people with crooked noses should not surprise us.

He's a known racist. In fact Minister Nazri Aziz called him a racist with specific reference to Mahathir's sinister Biro Tata Negara, an organization which indoctrinates (brainwashes) Malays into believing they are ketuanan Melayu instead of being Malaysians.

Mahathir particularly disliked (probably jealous of) Chinese which was why he applied pressure on Najib when the latter started his PM-ship by trying to win over the Chinese voters, with even having a CHinese moniker of Ah Jib Gor.

In fact, Mahathir has been reported by the South China Morning Post as walloping Najib’s “stupid” energy deal with China. Only Mahathir believes he, Mahathir himself, alone is smart.

Mahathir so dislikes the Chinese Malaysians that in March 2015, the Malay Mail Online published Dr M: Malaysia will be like Singapore if Pakatan takes power, an article on how he demon-ized Chinese Malaysians and the DAP beyond reasonable politicking (extracts):

The former prime minister claimed that nothing good will come of Chinese dominance in politics or the economy — as has happened in neighbouring Singapore — as Malaysia is a multi-cultural society mostly made up of the Malays.

Aha, those dreaded 23+%*, to wit, the population of Chinese Malaysians! Karn-neen-nare ler! 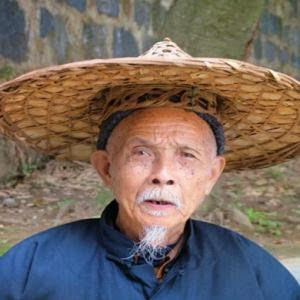 However, Dr M is correct in asserting that there's Chinese dominance in Singapore politics and economy, though alas he didn't provide the reason, but which I will, wakakaka.

** the Chinese colloquialism 'mu-oit' (pronounced as one syllable) means 'make' but also has a more cheeky-naughty insinuation, wakakaka

74.3% is likely to dominate in almost everything, but 23+%? C'mon lah, Tun, aren't you deliberately being provocatively agitating and scare-mongering?

And pray tell us what's the ethnic composition of the Malaysian Police, Malaysian Armed Forces, Malaysian Civil Service, Malaysian Judiciary, Malaysian educational community including university VC's, school principals and students especially at university level, etc? Which ethnicity owns most of the banks and financial houses? Then what about the GLCs?

Even the current Pakatan-led government in Selangor would not support a Chinese to be the temporary professional head in charge of PKNS, so what more elsewhere!

However, I have to grudgingly admit that Chinese Malaysians indeed 'dominate' in the pirate DVD trade, illegal 4-Ekor bookie business and bah-kut-teh hawking, wakakaka!

Secondly, Dr M by his "warning" of the local Yellow Peril wakakaka, namely, that DAP’s alleged dream of complete political and economic dominance in Malaysia, hasn't he inadvertently admitted by the word 'dream' that in reality Chinese Malaysians are NOT dominating Malaysian politics and economy, something we have been relentlessly, repeatedly and regularly informed by him and some of his UMNO cohorts?

Yet a 'someone' in DAP wants to work with Mahathir who had been badmouthing the former's party and who, once he gets what wants by using them, will revert back to his hobby horse of demon-izing the DAP and Chinese Malaysians. Sheeesh, 'someone' (not Mahathir in this case, wakakaka) is nyanyuk liao!

Mahathir, after warning us of the dreaded DAP and its sinister Illuminati-ish intent to control Malaysian politics and economy, said:

“Once the Malays and other indigenous people gain a fair share of the economic wealth of this country, they will lose their fear of Chinese domination. At that stage the Chinese share of political power would be enhanced.

“It may take years but that is as much as we can expect for as long as we insist on being identified by our racial origins.”

And just who the f**k insisted on being identified by our racial origins?

But UMNO and even Malays in general shouldn't worry about Chinese dominance in politics, because as Dr M has just admitted, the Malays are still jolly dominating politics, which we all know.

Even DAP knows none of its current Chinese or Indian leaders should be so arrogant as to brazenly propose or promote him/herself as PM-designate in Pakatan. Only Pak Haji Hadi Awang, Azmin Ali and Mukhriz Mohamad  may.

For example, in Lim Kit Siang's campaign last year to build support for a new and special political coalition from both sides of the current political divide, so as to oust and replace the BN as the federal government, he has suggested 6 bumiputera names (and not one was from DAP) as the proposed coalition's designated PM, as follows:


But if Dr M and his UMNO cohorts were to have their ways, then it'll be in the year 2,000,018 before we can ever be all equal and thus be Malaysians. And wasn't he the person who once touted the idea of Bangsa Malaysia? What a f**king hypocrite.

Additionally, he conveniently forgot to mention that the one who dominates politics will be the one who decides on the economic cake, or at least how to enjoy it even at the extent of squandering all of it.

Mind, to be fair to the government, the Chinese Malaysian up to now, though haven't enjoyed the largesse of a pampering government as UMNO-ites have, haven't done badly on their own.

However, the worry is for the future, because the one who dominates politics will be the one who decides on the economic cake will thus be the one who will manage the baking (excuse the pun, wakakaka) - and the Chinese fear that by then, with the squandering going on for the past 35 years, there won't be enough flour for those private bakers. 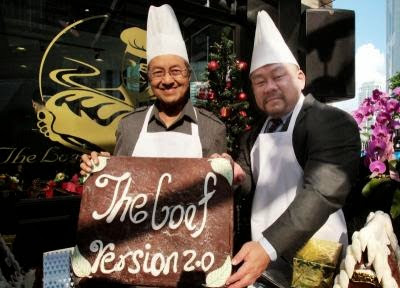 There is a Chinese social-cultural belief (borne out of thousands of years of observed or bitterly-felt experience) that a family's fortune would in general be totally squandered by the 3rd generation of the family.

The 1st generation builds up the fortune through hard work, perseverance, sacrifices and frugality; ...

... the 2nd generation consolidates and even expands on what had been achieved by the preceding generation by exercising the same Confucian virtues, but alas, begins pampering their offspring and tolerates the wee squandering by their brats; ...

... the 3rd generation, thoroughly spoilt brats with no clue as to what is hard work, perseverance or sacrifices, and most certainly not frugality, will continue the squandering and eventually marks the downfall of the family economic-financial standing.

Then as a final thought, on the 3-generation myth, the Singaporeans seem to have neutralized it.

When we re-examine Singapore and its unbelievable 40-year rise as a lil' island with no natural resources other than its people, to its current immense wealth, economic power, military power, financial reach and global prestige, with its universities consistently among the world's top 10 ranking, would the idea of Malaysia becoming like Singapore be all that bad?