May I humbly disagree ...

Malaysiakini tells us that The Organisation for Economic Co-operation and Development (OECD) surveyed 76 countries and concluded that Singaporeans are among the smartest in the world due to prioritising math and science. 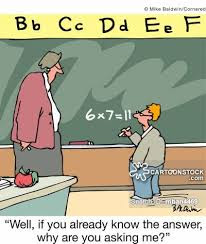 I respectfully dispute that, and in turn claim Malaysian students are in fact the smartest in the world as they are being taught by JAKIM on how to turn dogs into sausages (to the envy of Koreans), to bite policeman (wakakaka) and to be aware that floods are caused by god to punish those who support unnecessary amendments to Act 355.

But admittedly some Malaysians don't even know their nation's history.