Another PKR rep questioned by cops over anti-Lynas rally 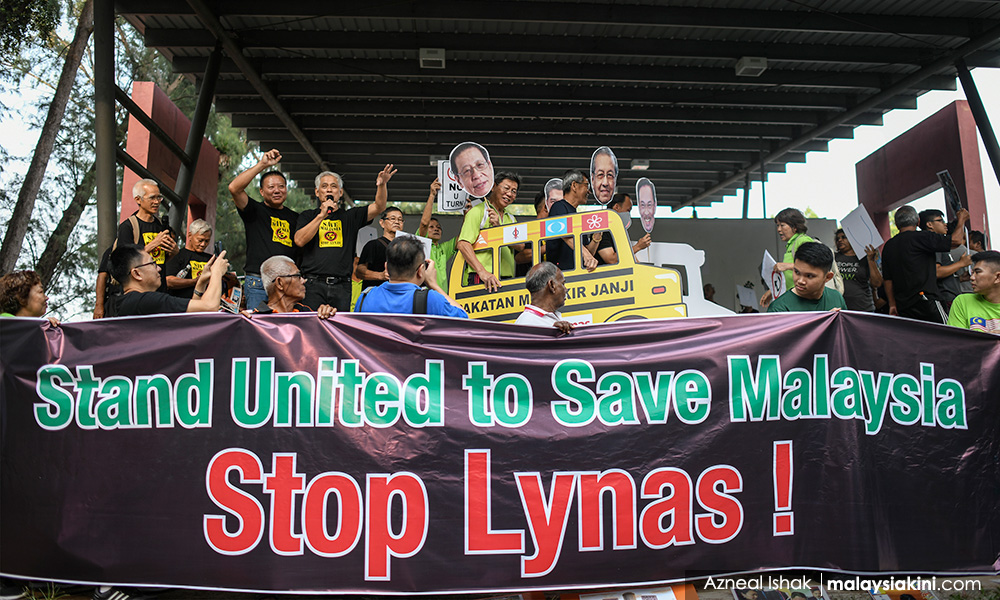 PKR's Semambu assemblyperson Lee Chean Chung was questioned today by police over last Sunday's anti-Lynas rally.
Lee said he was questioned for 45 minutes at his service centre in Kuantan this morning.
"Among the questions is my involvement in the rally, whether I knew the rally did not fulfil regulatory conditions and whether I spoke at the event," he was quoted as saying by Bernama.
The demonstration was organised by NGO Save Malaysia Stop Lynas (SMSL) to protest against the government's decision to give a six-month extension to Lynas' operating licence for its rare earth processing plant in Gebeng, Kuantan.
Also questioned at Lee's service centre were SMSL chairperson Tan Bun Teet and Persatuan Solidariti Hijau secretary Chu Seong Pong.
Two others, PKR's Teruntum assemblyperson Sim Chon Siang and SMSL lawyer Hon Kai Ping, had their statements recorded on Thursday.
Some 500 people turned up at the rally last Sunday.
The government on Aug 15 announced the extension to Lynas' licence, but set a condition for the company to come up with a construction and financing plan for a permanent deposit facility (PDF) to store its radioactive waste.
"The construction of the PDF must be expedited to minimise the risk from the water leach purification (WLP) stockpile that is now at more than 580,000 tonnes at the temporary residue storage facility, which is exposed to major floods," said the Atomic Energy Licensing Board (AELB).
AELB also required Lynas to shift its "cracking and leaching" phase of operations, which produces the radioactive waste, to overseas within four years.
It also asked Lynas to terminate its efforts to commercialise the waste by diluting and turning it into fertiliser and instructed for funds for this research to be channelled to the government as collateral.
The more stringent conditions have not soothed anger as Harapan leaders had in the past promised to shut down the Lynas plant.
Posted by KTemoc at 10:23 pm