KUALA LUMPUR, August 16 — A 48-year-old man in Thailand was found dead at a bus stop near Pattaya, allegedly after eating durian with wine.

According to a report by China Press, next to the deceased was an empty wine bottle and a polystyrene container with durian.

When the corpse was discovered at 6.30pm on Wednesday, local police estimated the man had died for five hours.

The deceased’s friend and colleague, identified as Peng, revealed that the man had brought durian and wine after work with the intention of enjoying them while waiting for the bus.

Peng said he warned him that mixing durian and alcohol together might be fatal.

However, the man insisted that he wanted to do so anyway.

“I am a local, I am not afraid,” the deceased was reported to have said.

Peng then headed home, but when he returned to the bus stop, he found his friend dead.

Although many have argued that alcohol and durian is a lethal mixture, there is no scientific evidence to conclude that it is a deadly combination.

The last paragraph is NOT true. Yes, there had been scientific experimentation on topic.

According to a 2009 news report from Meindia:

[Medindia is a leading online provider of health information, applications and services for consumers, doctors, healthcare professionals globally. Medindia, currently ranks #1 in India / South Asia in terms of traffic in the health category and among the top health sites in the world]

John Maninang and Hiroshi Gemma from the University of Tsukuba, Japan believe that the lethal side effects might be due to stinky fruit's high sulphur content which impairs alcohol breakdown.

The experiments have shown that durian extract turned off the activity of aldehyde dehydrogenase by up to 70 per cent, reports New Scientist.

New Scientist is quite a reliable magazine.

Obviously the above finding of the effects of combining durian and alcohol may vary from person to person - years ago I have personally seen a Pommie (in Kuching) eating durians while quaffing bottles of beer. 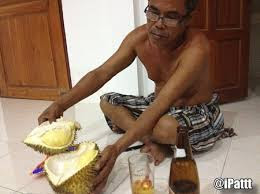 Some people seem to be able to handle the combination notwithstanding the scientific finding, but it'd be best not to be defiant or stubborn in the face of scientific facts and take chances.

Also, the stronger in alcohol the drink is, plus the volume imbibed, the worse would be the adverse effect on the drinker. There is certainly a difference in alcoholic strength for beer (generally-approximately 5% ABV), wine (15%), port (20%), hard liquor like brandy, whisky, gin, rum, tequila, etc (40%). 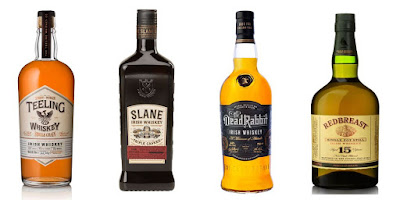 Let's all continue living safely so as to enjoy EITHER durians or beer (for those who drink), but advisably not at the same time, wakakaka.