Are Malaysian Muslims so fragile?

Astro’s Indian broadcast channel, astroulagam reported the concert organiser Raaghav Productions as disputing the decision by the Department of Islamic Development Malaysia (Jakim), which claimed that holding the show after 7.30pm might cause uneasiness among the Muslims and eventually lead to racial tensions.

An Indian concert, if shown after 7.30 pm, "might cause uneasiness among the Muslims and eventually lead to racial tensions"???

What Muslim 'uneasiness' are we talking about? Are Muslims so fragile as to be made 'uneasy' by just a Tamil concert?

How would that lead to 'racial tensions'? What has Islam got to do with race? In Malaysian there are also Muslims who are Tamil, Telugu, Kannada, Hindi and Malayalam (and NOT just Malays) who would have enjoyed the show.

I reckon JAKIM is again (mis)using religion and showing its brutal 'muscles' to bully and oppress others into subservience.

[Being the coward it also has been, it now says matters concerning foreign performers came under the Central Agencies Committee for Applications for Filming and Performances by Foreign Artistes (Puspal). Jakim said it was simply an advisor to Puspal appointed by the Communications and Multimedia Ministry]

Is this the "New" Malaysia? Dei Gobind Deo, you tidur Kah? 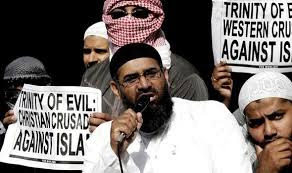 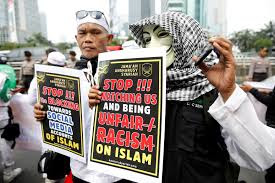