Dei Pakatan, people get angry because you fail to seriously reform system

Neither Mahathir nor Kit Siang are villains 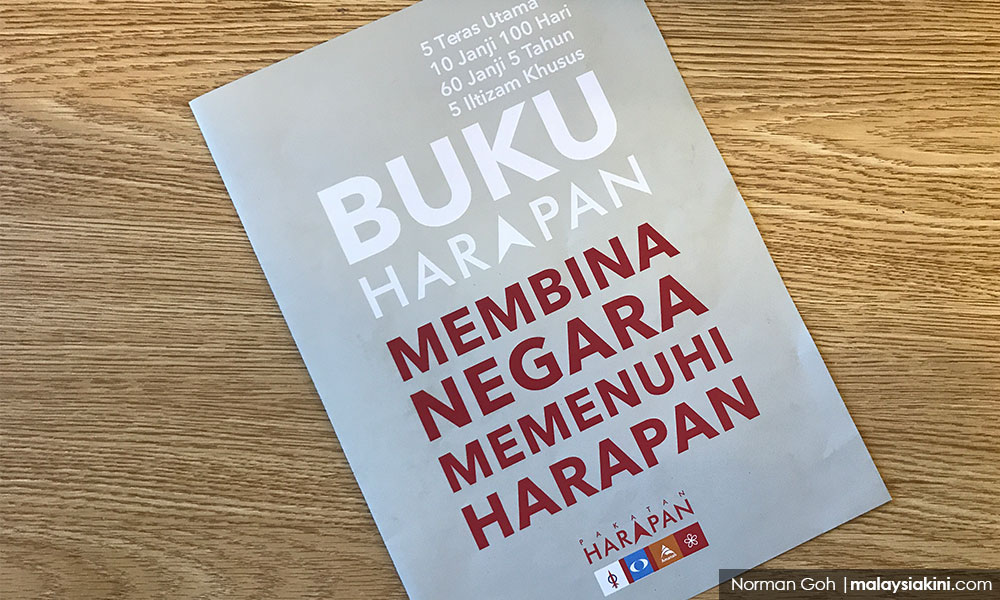 COMMENT | Racism and religious bigotry will continue to dominate our life while top leaders weaken the nation with scandals, corruptions and mismanagement. – Liew Chin Tong
In claiming that the “khat” fiasco is the worst crisis the DAP is facing since GE 14, and blaming it on a “post-truth” milieu, what Chin Tong is doing is relying on misdirection, instead of getting to the root of the problem. Attempting to paint Sin Chew and Utusan as Malaysia’s version of Fox news is the kind of post-truth rhetoric that is getting the DAP into trouble.
You do not get to play the “post-truth” card when you have the prime minister of Malaysia claiming that the Harapan manifesto was just an empty campaign promise because Harapan believed they could not win. You do not get to play the post-truth card, when you have backpedaled on so many issues, which before the election were touted as the kind of issues that would save Malaysia.
Liew is misdirecting again when he claims that the folks with “contrarian” views on the khat issue, are branded as traitors to the ethnic cause. You cannot have a contrarian view when the view is the establishment view. People who think that khat is a great idea are not positioning themselves as contrarian. They are supporting the Establishment. The people who do not think that khat is a great idea, who apparently have very little say on the matter, are the ones with the contrarian view.
Stop conflating the DAP base with the rest of Malaysia – which means that a majority of Malays think that khat is a great idea – and they fall into line with the liberal intelligentsia who cannot help themselves, but write about how wonderful khat or Jawi is.

The MCA are the ones with the contrarian view (when it comes to the Chinese community) when they were supplanted by the DAP, which just goes to show you the DAP's inability to get a grip on pushing a narrative.
Of course, facts matter. But it is not the definitional arguments of what is khat or what is Jawi is, but rather the fact that the Establishment view dismisses the view that khat (in Malaysia) has anything to do with religion, despite evidence to the contrary.
Does this mean that people who learn khat will suddenly convert? Of course not. It merely means that some politicians cannot bring themselves to concede that this has a religious component to it, and would rather bamboozle people into thinking that this is merely a secular educational directive.
Forget about all of that. What is important is not that the base is divided over khat, but rather that khat has become the flash point for all the backtracking and backpedaling that Harapan has engaged in, and for which the DAP has become the target because they were the loudest proponents of change.
The problem with partisan politics is its Manichean worldview that allows politicians to get away with almost anything. Pointing to the competing narratives of who is painting who as the villain, is one such example of this worldview.
It is not the press which is painting Mahathir or Kit Siang as villains, but rather the base and its Pavlovian response of wanting heroes and villains because it is easier than acknowledging that they voted into this mess.

Mahathir is certainly not a villain because he and Bersatu, we were told, were needed for the Malay vote. Mahathir gets to play the race card because the power brokers in Harapan wanted him to play the race card because it was to their advantage.
What people should be asking, is why these same politicians who claimed they could control Mahathir, are not doing so now? Why are they just letting the old maverick do his thing? Before the election that brought Harapan into power, various politicians from Harapan assured everyone that they could “control” Mahathir. Now when Mahathir does what he does, politicians wonder why some people think Mahathir is the villain.
The far right have always believed that Kit Siang is the villain, but the reason why he is getting into trouble now is not because he supports khat, but because he chooses to support it in a disingenuous manner. Saying Malaysians are distrustful of each other does not work when the sensitivities and cultural attitudes of the majority community have to be accepted, while the minorities cannot make the same claim.
That is the real issue. Not the far right, not the so-called deep state, not unknown political conspirators, but rather the fact that Harapan – the DAP – is not reacting proactively to issues which they claimed would save the country, but rather recycling BN era policies and being shocked when some people reject those policies.
What are the non-Malay ministers or deputy ministers doing in their ministries? Looking over past BN policies and attempting to replicate them? The new improved BTN. The new improved khat lessons. The new improved Lynas deal. The new improved China deals. The new improved BRIM and other BN era entitlements programmes.
Part of this was the ludicrous way Harapan framed the discourse before the election, but what is important is that certain reforms could have been carried out immediately, but instead Harapan backtracked. This is a stupid strategy.
Imagine if Harapan had carried out serious reforms instead of backtracking and backpedaling. Do you think that this khat fiasco would have blown up? People would have given the DAP, Harapan and Mahathir the benefit of the doubt because Harapan would have had a track record of actually carrying out serious reforms.
If Harapan had a track record of carrying out reforms – something which they could have done very early on – when this khat issue cropped up, nobody would say anything because with ICERD, the Rome statute, and the repeals and amendments of various acts and the start of needs based entitlements programmes, the Harapan government would have banked in goodwill that would have sustained them, instead of what is happening now, which is tiresome soul-searching.
The DAP continues to mischaracterize khat as something borne out of the cauldron of post-truth media, or that people who oppose it are factually incorrect or that opposition to khat makes you racially and religiously insensitive to the sensitivities of the coalition, all of which makes a certain segment of the base distrust the DAP even more.
If Dong Zong raised this issue in a post-reform milieu, people would have just rolled their eyes and got on with whatever capitalist endevours they were engaged in. Instead people got spooked when they were told not to spook the Malays, they got riled up with the red meat of the 1MDB scandal, they cheered and than jeered whenever the old maverick went up against the royalty or when he unilaterally backtracked on something that was supposed to save Malaysia. Mostly though, they begun to wonder what they signed up for.
You know why some people get angry? It is because no attempt is made to seriously reform the system, and the people who want change are made to look like the ones causing problems.
S THAYAPARAN is Commander (Rtd) of the Royal Malaysian Navy. A retired barrister-at-law, he is one of the founding members of Persatuan Patriot Kebangsaan.
Posted by KTemoc at 2:11 pm