Is this Maddy's vile vicious vindictiveness?

Why tax me when I only received money from wealthy husband? - Nooryana Najwa 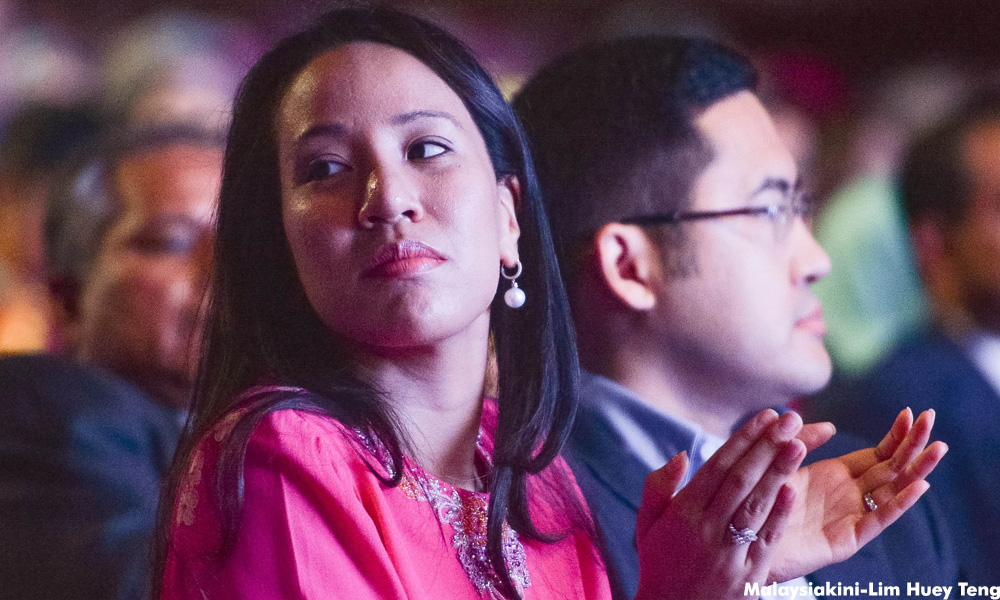 The daughter of former prime minister Najib Razak has taken politicians to task for instructing the taxmen to go after her for RM10.3 million in unpaid income taxes between 2011 and 2017.
Taking to social media, Nooryana Najwa Najib (photo, above) questioned the Inland Revenue Board's (IRB) move to tax her over money given by her wealthy husband Daniyar Kessikbayev and his family.
"The government is hell-bent on going against my entire family. I do not blame the people in IRB since I know their hands are tied. There are politicians higher up who are the masterminds behind this," she said
Nooryana said she never thought money given from a husband as household expenses could be considered as taxable income.
She also claimed that IRB taxed her over her house which her husband listed her as joint-owner as well as the dowry (wang hantaran) she received from her husband.
"At the age of 30 now and having spent many years studying and briefly working overseas, I have never operated any business in Malaysia and have never bid for nor received any government contracts of any sort," she said.
Nooryana said she had submitted all documents and proof when the taxmen went after her last year, including bank documents that showed most of her so-called income from abroad were transferred from her husband’s family, as well as documents showing her in-laws purchased a home using their funds from abroad.
"My husband and his family have been independently wealthy long before we met, and even before my mother-in-law was married to one of Kazakhstan's richest tycoon for ten years," she said.
Nooryana said she was listed as joint-owner of the house, but she did not pay for it.
"In any case, even if you consider payments from husband to wife as income, these transfers are from abroad and should not be taxed.
"A smaller portion of this so-called income were dowry as well as gifts from family and friends," she said.
In a statement issued yesterday, IRB said it had filed a court action against Nooryana to seek RM10.3 million in unpaid income taxes between 2011 and 2017.
Nooryana said it appeared that the government of New Malaysia is taxing the wives who received money from husbands, money transferred from overseas as well as dowry and wedding gifts and engagement gifts.
"Just like in the case of my father and siblings who have been similarly hit on a ridiculous basis, many who know the details of the case are shocked and speechless at how blatant the government is abusing the laws.
"All of this evidence will come out in court one day, and the world will know how ridiculous these charges are. Inshallah, the truth will prevail," she added.
Posted by KTemoc at 10:16 am