HONG KONG: Hong Kong’s pro-democracy protesters boast of a broad support base but their movement has divided some neighbourhoods, including Wong Tai Sin, where many police officers live.

Poppy Chan, the wife of a police officer, was preparing dinner for her family when she heard the crash of a brick shattering the window of her third-floor apartment.

Tear gas flooded the home she shares with her two young daughters, her husband, and a domestic worker, in a complex where many police live with their families.

“At that moment, I was more scared than angry,“ she told AFP.

“Maybe they don’t know that what they’re doing is very wrong.”

“I just think it’s really sad, because it seems like they’re being used by others,“ she added. 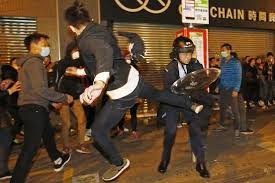 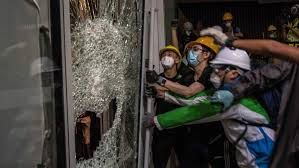 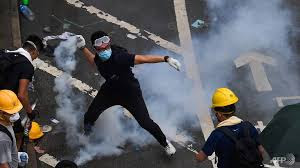 Chan’s family had cowered inside the apartment during three days of running protests in the neighbourhood. When the brick came sailing into their home, she decided it was time to leave.

She packed some of their belongings and fled to a friend’s place.

The Wong Tai Sin neighbourhood has seen some of the worst clashes in protests that began in opposition to a bill allowing extraditions to mainland China.

The protests have morphed into a broader movement seeking greater democratic freedoms in the international financial hub.

It has won support from a cross section of society, with lawyers, civil servants, older people and parents with small children turning out to rallies.

But in Wong Tai Sin, some are more ambivalent about protesters who accuse the police of brutality and have hurled bricks at officers and their homes.

“Throughout this entire thing, I have rarely felt anger, because I always think that sometimes people don’t know what they’re doing,“ Chan said.

Other residents of the working class neighbourhood are less forgiving of the demonstrators who targeted the local police station on Aug 3, spraying graffiti and dismantling security cameras.

Joe, a 35-year-old middle school mathematics teacher who declined to give his family name, called the demonstrators “lawless” and “destructive”.

He wants to see the government crack down harder.

“You must be willing to enforce the law and use the power and the force at your disposal without fear to suppress the destructive actions of these rioters,“ he said.

“They will take advantage of the weak response from the government and the police, and the victims will be the whole of Hong Kong, including innocent civilians like me.” 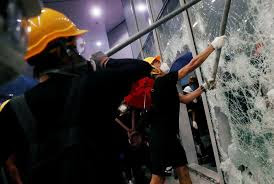 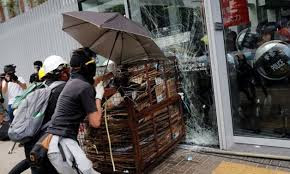 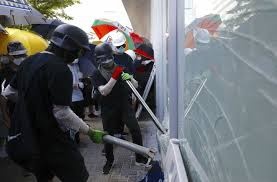