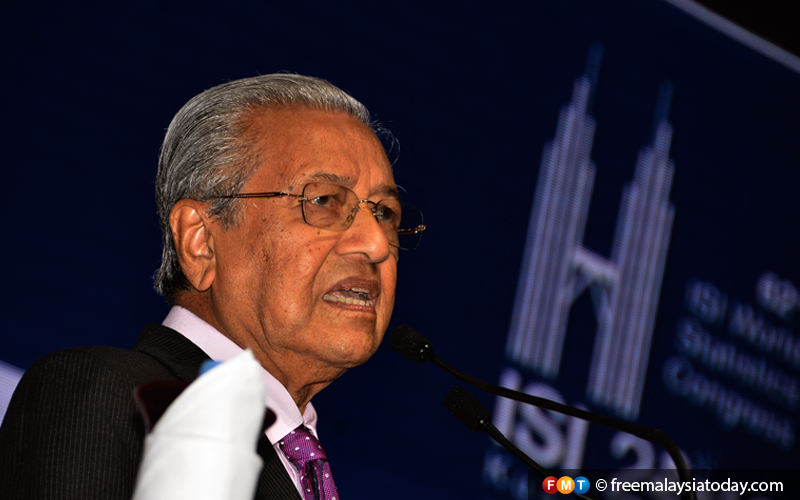 I refer to media reports quoting Klang MP Charles Santiago as saying that this year’s Merdeka mood is sour because of the public’s disappointment with the Pakatan Harapan government.
As someone who had voted for PH during the last general election, I believe Santiago has hit the nail on the head with his comments. The PH government has fumbled in one issue after another, whether it is over Indian preacher Zakir Naik, the teaching of khat (Jawi writing) in vernacular schools or the Lynas rare earths plant.
So, when Prime Minister Dr Mahathir Mohamad announced that there’d be a Cabinet reshuffle, it had brought a glimmer of hope that things would finally change for the better.
Several ministers are clearly ill-suited for their jobs.
But imagine, to our shock and disappointment, when the PM later clarified that the impending Cabinet changes only involved portfolio changes. Why is the PM playing musical chairs with the apex policy-making body in this country? He should be roping in technocrats like Jeli MP Mustapa Mohamed to lend more weight to his inexperienced team.
Mahathir could also have brought in PKR president and Port Dickson MP Anwar Ibrahim into his Cabinet. Anwar had served as a minister for over 15 years in various portfolios until 1998, including as deputy prime minister and finance minister. Surely, he can bring in a wealth of knowledge and experience to the Cabinet.
Further, as the anointed successor to Mahathir as part of a pre-election pact, Anwar’s entry into the Cabinet would have made the eventual power transition more seamless.
But Mahathir, when asked if Anwar would be co-opted into the Cabinet, responded by saying that there’s no ministerial vacancy as none of the ministers wanted to give way. Who is Mahathir trying to kid here?
Everyone knows that Cabinet appointments are the prerogative of the Agong, at the advice of the PM. If the PM were to give non-performing ministers the marching order, if only to create vacancies, there is no reason why Anwar cannot be appointed into the Cabinet.
Of all people, Mahathir’s track record shows he’s quite adept at bringing in people to the Cabinet. In the late 1990s, in a bid to de-politicise the education ministry, he roped in ex-Universiti Sains Malaysia vice-chancellor Musa Mohamad as education minister, in a move that shocked many.
In 1997, Mahathir triggered two by-elections in Selangor just so his trusted Cabinet member, Abu Hassan Omar, could be elected as state assemblyman for Permatang and eventually become the state’s menteri besar. This followed the resignation of Muhammad Muhammad Taib over certain currency irregularities in Australia.
Of late, Mahathir has been increasingly resorting to a passive-aggressive leadership style, which had characterised his first administration. This is unbecoming of a leader.
At a time when racial-religious discourse is threatening to tear at the fabric of this nation and the public is getting more restless over unfulfilled electoral pledges, what we need is a strong, confident leadership.
To ensure PH retains Putrajaya come GE15 and in the face of Umno-PAS gaining ground from stoking racial-religious sentiments, it is time Mahathir put his foot down and rise to the occasion, facing up to the current political reality.
If he doesn’t want to, then it is best he hands over power soon, before Putrajaya is handed back to the Umno-led coalition.
Lim Kian Ong is an FMT reader.
Posted by KTemoc at 9:20 pm