KUCHING: Dr Mahathir Mohamad’s call for Malaysian patriotism among Sarawakians and Sabahans has drawn the scorn of the Movement of Change for Sarawak.
The organisation’s founder, Francis Paul Siah, accused the prime minister of hypocrisy, alleging that he harboured a “Malaysian for Malayans” mentality.
Mahathir, in a response to critics accusing Putrajaya of failure to consult East Malaysians on several issues, said last Friday that all Malaysians should think of themselves as Malaysians instead of identifying themselves as citizens of particular territories.
He described the “Sarawak for Sarawakians” and “Sabah for Sabahans” mentality as “unhealthy”.
Siah told FMT he would urge Mahathir to practise what he preaches. “He has to lead by example by thinking that he is a Malaysian first and not a Malayan.” 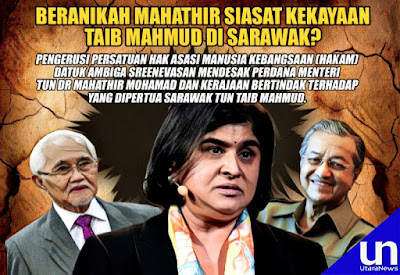 He alleged there were others besides Mahathir who placed Peninsular Malaysia’s interests above those of the East Malaysian states and added that this was not only unhealthy but dangerous in a multiracial country.
He spoke of such a mentality being particularly dangerous in a man like Mahathir since he is the nation’s chief executive.
He said the people of Sarawak and Sabah believed that Putrajaya had a tendency to impose its will on the governments of the state and were resentful of this.
He claimed there was a suspicion among Sarawakians and Sabahans that Mahathir would like to see peninsula-based political parties taking control of Sarawak and Sabah. 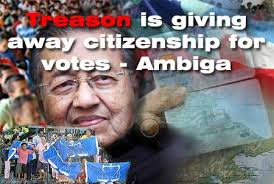 He said the decision of Mahathir’s party, PPBM, to set up branches in the two states was against the wishes of even its Pakatan Harapan allies in the Borneo territories.
“It’s disappointing that an elder statesman like Mahathir is still unable to see the growing disillusionment among Sarawakians and Sabahans over many of his one-man policies, both past and present,” he said.
“The Sarawak for Sarawakians and Sabah for Sabahans slogans are our way of telling Malaya that we have had enough of playing second fiddle after 56 years,” he said.
“We will have to chart our own destiny, with or without Malaya’s approval or support.” 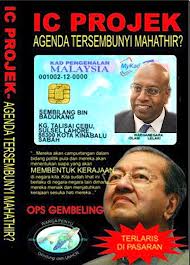