Who lives if Malaysia dies?

Who lives if Malaysia dies? 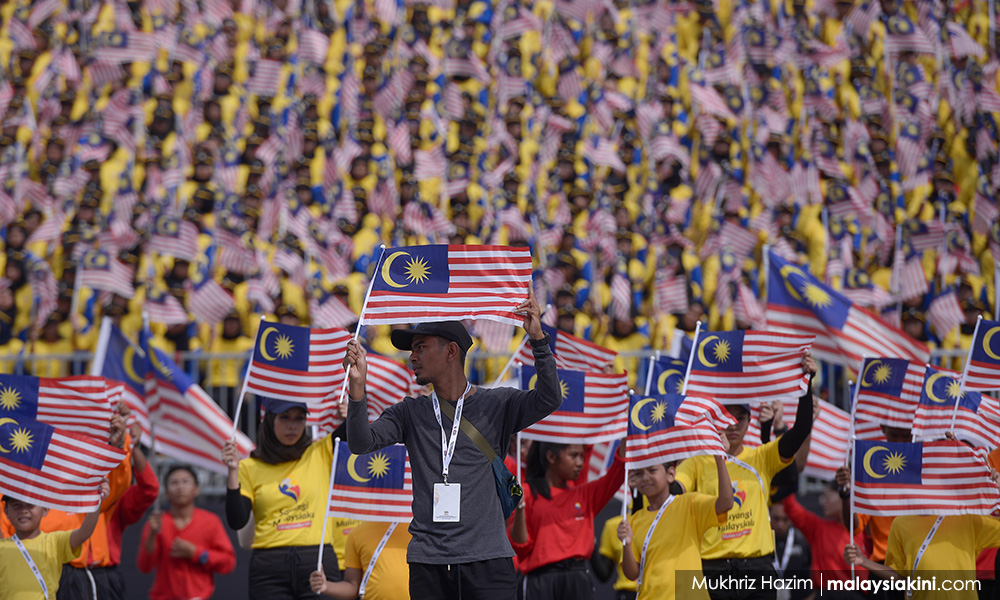 ADUN SPEAKS | In leading up to the celebration of our 62nd independence day which is just days away, no doubt there will be much coffee shop talk about the state of our country’s race relations as compared to 62 years ago.
Unfortunately, most people I talked to today say that the situation has deteriorated and we have never been this racially polarised, especially after the last general election. Just look at how issues like Icerd, khat and Zakir Naik have turned our country completely upside down.


For example, take Zakir Naik. It is incredible how a single foreigner can cause so much havoc in our country. He is protected by Umno and PAS. Most non-Muslims (including myself) want him deported. On the other hand, I believe that the Pakatan Harapan government is forced to take a more cautious position on the controversial preacher.
We all wanted a new Malaysia when we voted for Harapan in GE14. But what should a new Malaysia look like? And are we getting there?
Before GE14, we campaigned for the support of non-Malays by asking them to reject Umno BN’s “Ketuanan Melayu” politics where they labelled us as “pendatangs”. We rallied the people to support “Ketuanan Rakyat”, telling them to reject a government that does not respect its citizens.
Today, disappointed non-Malays are asking why is a foreigner allowed to ask its citizens to leave their country.
It is even more troubling that certain leading Malay figures are making divisive statements that will only make matters worse. Instead of promoting greater multiracial harmony and unity, they advocate for a dominant race and claim that Malays have lost power because they were not united and hence, today’s government no longer places the Malay race and Islam as its core.
The political reality on the ground that we have to contend with is that Harapan did not win GE14 with a Malay mandate. Around 70 percent of the Malay electorate did not vote for the Harapan.


Today, the Harapan coalition is confronted with the huge political challenge to win over the Malays before GE15 in the face of the Umno-PAS alliance's relentless use of the race and religion card. At the same time, Harapan is struggling to ensure Harapan’s solid support from non-Malays and the 30 percent of Malays who voted Harapan do not fade away.
The mood on the ground is one of unhappiness and uneasiness. While most non-Malays are mainly dissatisfied with livelihood and economic issues, the Malays are increasingly agitated by feelings that their race and religion are being threatened.
I believe to a large extent the agitation is heightened and inflamed by fake news and propaganda peddled by political and religious extremists against Harapan and DAP.
If you think non-Malay DAP Ministers have it bad on social media, you only have to look at the overwhelmingly much higher thrashing Malay Harapan Ministers are receiving on facebook, twitter, Instagram and what have you. It would appear that Harapan has lost the social media war on the Malay ground to Umno and PAS’s race and religious narrative.
What then? How are we to confront the old challenges of race and religion in new Malaysia? Unlike other countries, they only have a racial problem or a religious problem to contend with.


Malaysia is probably one of the few, if not the only country, that has to deal with not one, but a combination of both complex “race” and “religious” issues.
That said, irrespective of what race or religion we come from, we have only one country we call home. I am reminded of a book entitled “Who lives if Malaysia dies?” published by DAP in 1969.
Should we fail in nation-building, and this country burns to the ground as a result of racial strife, who lives? Who will stand to benefit? No one or no particular race will benefit. All will be losers in the end.
I used to say in my political speeches before GE14: "In order to save Malaysia, we, the non-Malays, cannot do it alone because we are in the minority.
"In order to save Malaysia, only you, the Malays, can save Malaysia with us non-Malays going all out to stand by you and fight alongside you to save Malaysia."
Equally, we cannot save Malaysia if each ethnic group puts their interests first before others. The idea that one ethnic group must unite against another ethnic group for survival is the old failed story of Malaysia that used to divide and rule our nation for decades.
The new story of Malaysia should and must be built on the spirit of shared destiny, togetherness and unity of all Malaysians regardless of our race or religion.
We must be Malaysians first and share a common vision that our nation will be built to prosper all of its people and future generations to come without classification of race or religion.
Let us take this occasion in celebrating our Independence Day by laying the foundations in the new story of a united Malaysia by sending out hashtag #WeAreTogether or #KitaBersama to all our friends and family.
Selamat Hari Kemerdekaan!
GOOI HSIAO LEUNG is the assemblyperson of Bukit Tengah in Penang.
Posted by KTemoc at 12:35 pm