Converted to Islam just for custody of children?

PETALING JAYA: Child rights activist James Nayagam has warned of potential harm to children if the Selangor government goes ahead with its plan to enact a law to allow religious conversion without the consent of one parent.
Acknowledging that such conversions of children would often involve divorce, he said the trauma they would suffer would often be worse than the kind experienced by children in a divorce that did not involve conversion.
He attributed this to the likelihood of greater animosity between parents of different religions.
The trauma would be even worse if a child were to be forcibly taken by one parent, he told FMT.
“A child may even be confined to a particular area where he or she is cut off from other people,” he said.
Claiming that he was talking from his experience with such cases, he said a child would sometimes develop fear of one of the parents.
He also spoke of identity crises and said these would sometimes happen when such children had grown up.
“I’ve spoken to adults as well and some of them don’t practise the religion they were converted to,” he said.
Nagayam said he believed the consent of both parents would be best for a developing child.
Psychologist Geshina Ayu Mat Saat agreed with some points raised by Nayagam.
“Children whose parents practice different religions may experience confusion or distress or may later become apathetic to religion,” she said.
But she said the effect such a conversion would have on a child when he had grown up would depend on his relationship with each of the parents before and after the divorce. It would also depend on how much religion was observed in the family, she added.
She said psychosocial and spiritual distress might occur if the child felt strongly towards one religion but was coerced to practise another religion.
“It may not occur if there already is an apathetic attitude towards religion in the family or if the child’s religious belief is in tune with his or her legal guardian’s.”
Geshina said older children in a divorce would have developed their own world view as well a strong relationship with either parent.
Kindergarten teacher Indira Gandhi, known for her long court battle against the unilateral conversion of her three children, said children should be left to decide on the religion they would follow only when they had reached 18. 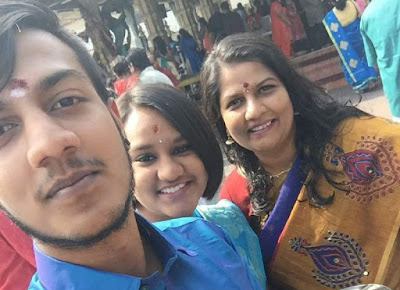 *********
Kaytee notes:
James Nagayam in saying “I’ve spoken to adults as well and some of them don’t practise the religion they were converted to,” hit the issue right on the dot. Divorce cases involving unilateral conversion of minors in the main (with to-me-as-yet unheard of) involves:
(a) the single parent unilaterally converting his or her minors-children to a different religion have been those who have been suspected of seizing custody of the children by way of religious conversion (thus some of them don’t practise the religion they were converted to), and
(b) the religion which the minors were converted into by one parent has always been Islam, where its practice in Malaysia forbids exit from the religion, thereby preventing the non-Muslim (divorced) parent from gaining or regaining custody of the minors-children.
Can anyone tell me of such acrimonious religious conversions into any religion other than Islam?
M Indira Gandhi's case has been the most exposed because of Indira's brave and persistent efforts over a decade of struggle against almost impossible odds.
The laws pertaining to the case (brief extracts) as reported by MM Online:

Whether the civil courts have exclusive jurisdiction and inherent jurisdiction to review the actions of a public authority (e.g. Registrar of Muallafs)?

Short answer: Yes.
Because the civil courts’ powers to review a public authority’s actions is a basic part of the Federal Constitution that cannot be altered or removed. The Shariah courts do not have the same power and cannot be given such power as the constitutional safeguards for judiciary independence do not apply to them.

About the civil courts

The Federal Constitution's basic structure includes judicial powers such as judicial review, the principles of separation of powers, rule of law, protection of minorities. Parliament cannot remove such features by amending the Constitution.

The Federal Constitution’s Article 121(1) vests judicial power exclusively in the civil courts.
Judicial powers — including judicial review or the review of public authorities’ actions and decisions — cannot be removed from the civil courts, and cannot be given to any other body who do not have the same level of constitutional protection as civil judges to safeguard their independence.

About the Shariah courts

Unlike the civil courts that are established by and entrenched in the Federal Constitution, Shariah courts only come into existence when the state legislatures make state laws to establish them.

Unlike the civil courts, the constitutional safeguards for judicial independence in Part IX of the Federal Constitution -- including judges' qualifications, appointment, removal, security of tenure and remuneration -- do not apply to Shariah courts.

About the Federal Constitution’s Article 121(1A)

[kt's comment - Mahathir was responsible for this (1A), one of his zillion amendments to the World's most amended Constitution]

The core question: Does Article 121(1A) grant exclusive jurisdiction to Shariah court in all matters of Islamic law, including those relating to judicial review?

Article 121(1A) does not remove the civil courts’ jurisdiction to interpret the Constitution or laws even when the matter is related to Islamic law.

Unduly simplistic to say Shariah courts must have sole jurisdiction over matters of conversion (as it involves Islamic law and practice). No constitutional amendment, federal law or state law can remove the civil courts' powers of judicial review, interpretation of Constitution and laws; or give them to Shariah courts.


There was another case where the players were/are Chinese, with the divorced mother being the Muslim. Several years (or more) after the divorce, when the kid has grown up somewhat, she returned to Penang as a Muslim and just seized the kid from the poor shocked father who could do nothing as no one in authority wanted to touch his plight with a ten-foot bamboo pole.
Even the so-called brave and defiant then-CM Lim Guan Eng kept his mouth shut and his hands clean a la Pontius Pilate - such was been the predicted outcome of any dispute pertaining to such cases involving one Muslim parent.

T'was M Indira Gandhi's sad story (still sad until today, no thanks to pathetic piss-poor police so-called investigation and search) that justice has been rightfully restored a la the original (English-version) Constitution [the translated Malay version of the Constitution was a victim of either unwitting or deliberately mis-translations which allowed only one parent to make such an unilateral decision to convert minors into Muslims - can you imagine any unilateral religious conversion of minors by one parent into a non-Islamic religions?].
Today the MB of Selangor wants to propose the restored correct law be reversed to allow once again conversion of minors into Islam be made by only one (Muslim) parent.