No way out for Pakatan

Although Tun Mahathir has denied that Pakatan Harapan is BN 2.0, there s no doubt that after more than a year in office, the new government has yet to deliver itself out of the dilemmas it has inherited from the previous BN administration.

Such a reversal in attitude is way too awkward. Instead, Syed Saddiq could have had a low-key dinner with Zakir. He posted the picture on the social media as if to declare to the world that PH was still maintaining an amicable relationship with the controversial preacher. 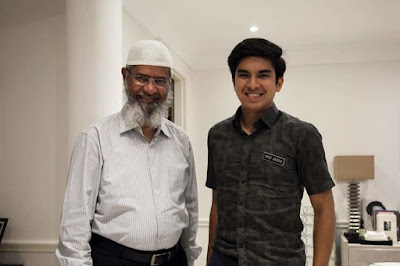 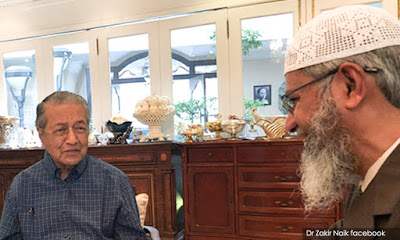 While such a posture may help appease his more conservative followers, it is nevertheless unacceptable to majority of PH supporters.

The ruling coalition should know very well where its bottomline is. Without an explicit position on this matter, PH's rivals might exploit its indecision to test its patience.

As a matter of fact, Umno and PAS have been manipulating specific issues to threaten PH and undermine the government's credibility. PH may find itself in a deep dilemma and unable to effectively run the country if it does not come up with appropriate strategies to deal with this thing.

The motive of Umno-PAS alliance couldn't have been more straightforward. If PH is unable to deliver itself out of the scourge of race politics, we can hardly look forward to peaceful days in a self-conflicting society. 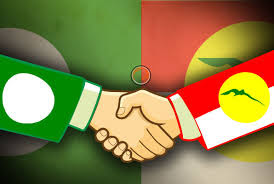 The predicament PH is in now is actually worse than the pressure Umno used to suffer from rightist groups, because the opposition has now joined forces with these groups to turn sensitive racial and religious issues into a potent weapon against the ruling coalition.

The government must map out a Racial Relations Act to tackle individuals and organizations issuing hate remarks, especially those posted on social media sites.

This country will be headed to unprecedented dangers if extremism is endured and condoned. In view of this, it is utterly important for PH to make a bold and decisive choice between the country's future and electoral votes, and do what is right.

PH will eventually be abandoned by its supporters if the leaders remain powerless and clueless in dealing with race politics.


PH is also facing the same economic dilemma that BN used to face. Trying to shore up public confidence with impressive figures, such as the 4.9% Q2 GDP growth, may not help turn things around.

The UN special rapporteur on extreme poverty and human rights Professor Philip Alston highlighted in a recent report that Malaysia's poverty rate was actually 15% or 937,500 households, not the official 0.4% or 24,700 households. It is unrealistic for the government to set the poverty line at household income of RM980 a month. 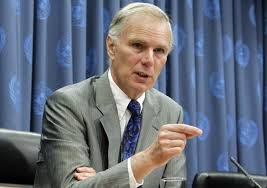 How do we expect a family with monthly household income of RM980 to lead a decent living, given the skyrocketing goods prices today? For an urban family of four, it simply means each person can only have RM8 a day to live on!

Alston only spent 11 days visiting cities and towns across Malaysia, but he has a clearer picture of poverty in this country than a government which has been in office for over a year.

Economic affairs minister Azmin Ali is suffering from the same “denial syndrome” as former BN ministers, thinking that Alston's report was baseless. I feel that the PH government should invite Alston to participate in the drafting of the country's poverty mitigation program instead.

Both BN and PH have failed to address the issue of abject poverty, handing out only subsidies and monetary allocations for the B40 group without teaching them "how to fish".

Another dilemma that PH is encountering now is to fulfill its election promise of creating one million jobs over the next five years.

Syed Saddiq has proposed to bring in Indonesia's Go-Jek to supplement young Malaysians' incomes. But, why motorbike hailing service and not some other skill-intensive creative jobs?

This reminds me of former PM Najib Razak's proposal to get Malaysians to drive Uber cars to make additional money or start a nasi lemak business.

Tun Mahathir used to slam BN for mismanaging the country, resulting in many university graduates unable to get decent jobs. Why can't the government pair up knowledge and job opportunities? 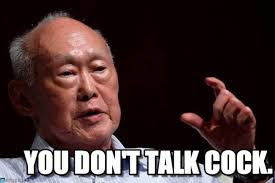 PH has kept reiterating the importance of attracting high-tech, value-added and capital-intensive investments, but has done very little to bring this to fruition.

The political predicament has maimed the PH government, so much so that an anticipated cabinet reshuffle will not help make things any better.

Our ministers appear to be more obsessed with trivial matters and are completely clueless when it comes to instituting real reforms.