Someone speaks the Truth

GOMBAK, Aug 28 — The Pakatan Harapan (PH) government is in serious danger of losing the next general elections, according to Datuk Rais Hussin Mohamed Arif.

A supreme council member of the coalition’s youngest component party PPBM, Rais said PH appears to have stopped listening to the public after one year in Putrajaya and needs to address five key issues if it is to retain its hold on power.

“What I’m trying to impress is that PH has stopped listening to the people. There are five things we need to address. Number one is the cost of living has not improved by much and this is one of the big promises that we made,” he said at a public forum here titled “Post-GE14 By-Elections: Implications for GE15”.

Second concerns the “quality of living”, Rais said, stressing that both the cost and quality were intertwined and very important.

“Third is jobs, jobs, jobs ... Unemployment and under-employment of youths is at the highest now.

“They thought Go-Jek is a good idea. It isn’t. It’s building towards a low income nation and is a short-term plan.

“We need to go for high income nation and we need to think more,” the PPBM strategist said.

He recommended the government focus on creating agro-based entrepreneurs to reduce food imports, pointing out that meat imports top at 85 per cent while vegetables range from 30 to 70 per cent, depending on the type.

Rais said Malaysia has much abundant fertile land and urged the government to set aside 10 per cent as its food bank.

“If you go to Scandinavia, they have brought back glory to agri. In Vietnam, there are agricultural guys who wear Rolex as big as my wrist. We have to think long term and if we don’t, we will have a problem,” he said.

Rais was scathing of his own PH coalition leaders, noting their casual treatment of their Buku Harapan and even criticised his party chairman and Prime Minister Tun Dr Mahathir Mohamad for dismissing the GE14 manifesto as “not a bible”.

Rais said such remarks showed leaders were trying to “run away from responsibility”.

But, he also praised Dr Mahathir for saying PH had achieved 39 per cent of its electoral promises after only one year of being government.

Rais said the fundamental issues likely to rear up at the next electoral war remain unchanged, even if the government has moved to lower the voting age from 21 to 18 to reach a wider populace.

“Remember Undi 18 is going to be a significant factor. Remember those young voters are not brand loyal. They don’t care whether you are blue, gray or yellow. They want credible jobs, not Go-Jek.

“I am against Go-Jek because it will create more problems in Malaysia than solving problems. And yes I am from PH. Third national car, that I’m not totally for it, what more the flying car, that is comical,” Rais said.

Rais Hussin Mohamed Arif is not only a supreme council member of Parti Pribumi but also its Chief* (wakakaka) Strategist (just as Liew Chin Tong has been for the DAP).

I observe most time he hasn't and doesn't tok-kok like Redzuan Md Yusof, the Entrepreneurial Development Minister. It is wise for his party mates to listen to him.

Apart from rubbishing the silly Mahathir-ised mania for cars etc (Go-Jek, Flying BS, Car No 3, etc) he has succinctly pinpointed 5 urgent areas for the government to attend to immediately, namely:

and he warns that if general elections were to be held 'tomorrow', Pakatan will lose majority rule, adding that the new voting age of 18 may be a double-edged sword for Pakatan. 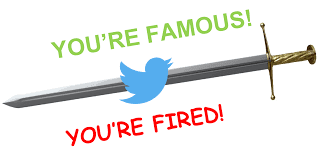 He strongly urges the government to also focus on agriculture as Malaysia imports a humongous RM50 Billion in foodstuff.

We're in deep sh*t if this issue is not properly and satisfactorily addressed, so eff those Mahathir-ised pseudo-technology and get back to basics, namely, how to cultivate, nurture and improve on our own food self-suffiency.

And which timely warning reminds us of Mahathir's perennial failure to competently run a country.