IPOH: The man who brought the Indonesian maid to lodge a police report over her alleged rape by a Perak executive council member received RM100,000, claims Datuk Ngeh Koo Ham.

The Perak State Speaker said the new information was obtained after a meeting with the man at a hotel here on Thursday (Aug 22) at about 6pm.

“I’ve met the man face to face, in the presence of other YBs.“He said he received RM100,000 and was also threatened by a man with a gun not to tell anyone about it,” Ngeh told reporters after lodging a police report at the district police station here on the same night.

“Based on this new information and report, I hope the police will investigate the matter further, ” he said.

State exco member Paul Yong, who was alleged to have raped the 23-year-old maid, is set to be charged at the Sessions Court on Friday (Aug 23). 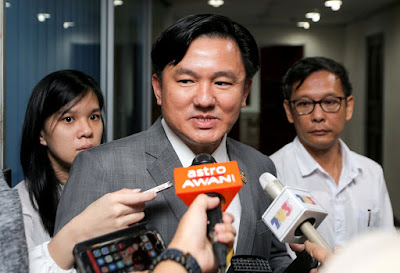 Ngeh said with the new information, he believed a plot was hatched against Yong.

“We will only bring the man and disclose further information during police investigation.

“We also want to protect him and hope the truth will be upheld, ” he said.

“It is only when the case is fully investigated that we know the agenda behind the accusation, ” he added.

Paul Yong's lawyer, Ramkarpal Singh, said that based on this new information, the AG should withdraw the charges against Yong.

Legally that could be so but I doubt politically the AG will, as the action will invite accusations of 'siapa raja', wakakaka.

Meanwhile, the mafulat-ish MB of Perak advises Paul Yong to take leave, but Paul ignores him, saying he hasn't been found guilty and would continue working, another wakakaka. 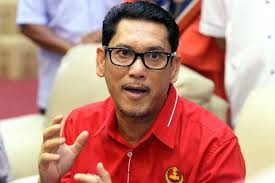 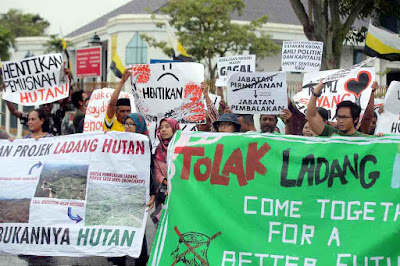