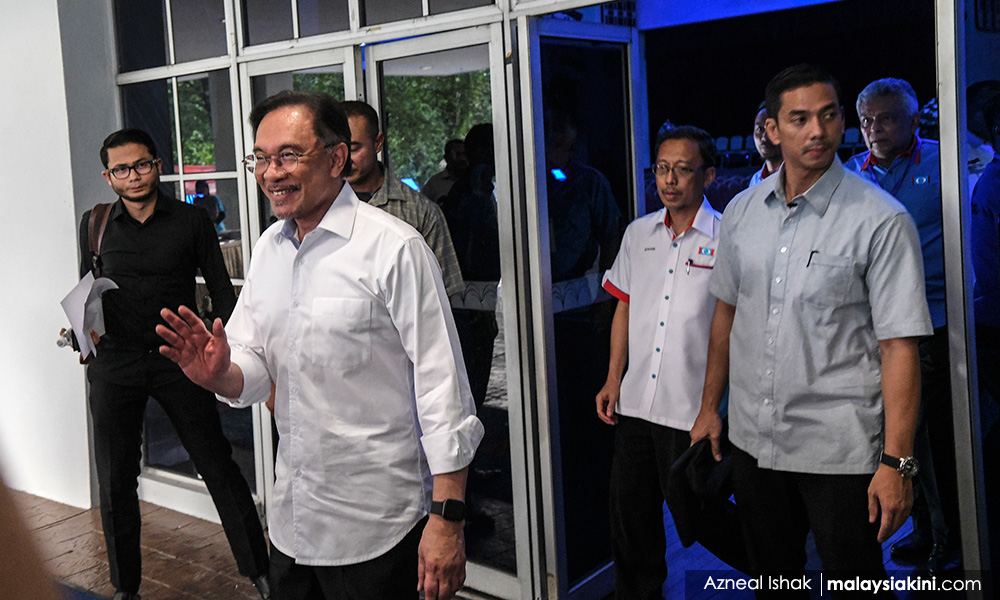 There is no reason for the Malays to worry about their privileges as they are guaranteed by the Federal Constitution, said Anwar Ibrahim.
The PKR president thus called for an end to racial sentiments and the “siege mentality” adopted by certain quarters.
This was in response to Entrepreneur Development Minister Mohd Redzuan Yusof’s recent call for Malays to rise up to defend their culture against “racial demands”.
“This siege mentality and harbouring of these racial sentiments is certainly unwise.
“It is an attempt to placate the extremist sentiments or to rationalise some of our limitations.
“There is nothing stopping us from embarking on more effective efforts to enhance education and the level of proficiency of Bahasa Malaysia, to disseminate Islam as the religion on the federation, and also to protect the provisions of Article 153.
“And this has never been sabotaged or opposed by the non-Malays; the Chinese or Indians,” Anwar said during a press conference in Cheras this evening.
“So I think let's work together. Let's move on and let’s save this country [...] The less we harbour racial suspicions, it's better,” he added.
Malaysia belongs to all
As for Perlis mufti Mohd Asri Zainul Abidin recent statement that Malaysia belonged to the Malays, Anwar said he disagreed.
“I don’t wish to elaborate on the mufti’s personal opinion but Malaysia belongs to Malaysians.
“[...] All citizens have the same rights and the same freedoms,” he said.
Once again, Anwar stressed the special position of the Malays, the Malay language, the position of Islam as the religion of the country, and the Malay rulers were all guaranteed by the constitution.
“This is enough and sufficient.
“We should now work on restoring the harmony and love among the people in our country,” he added.
Posted by KTemoc at 8:43 pm