Latheefa Beebi Koya, what is this? 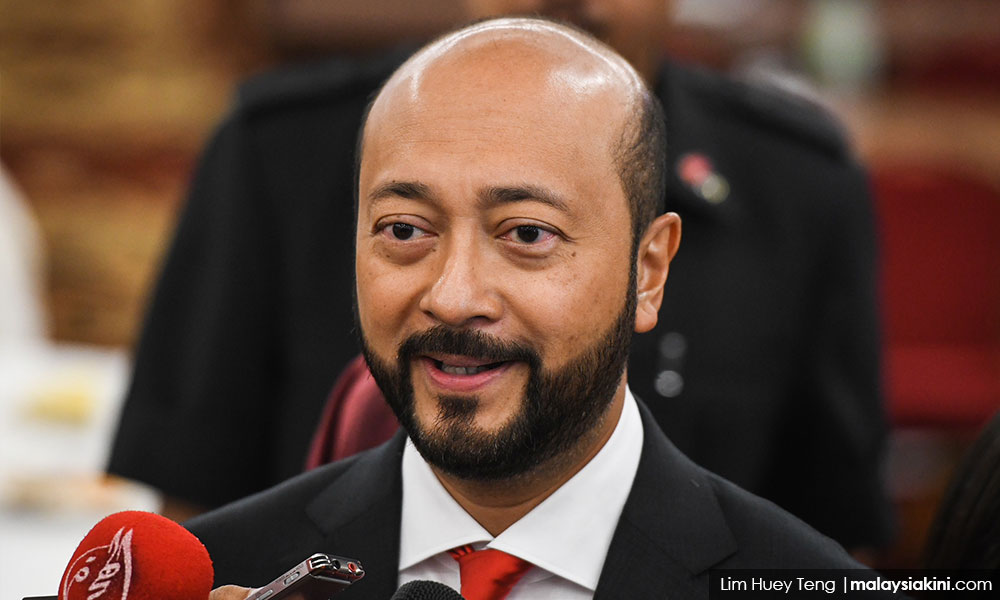 Kedah Menteri Besar Mukhriz Mahathir (photo) claimed that he didn’t benefit much by intervening to help a third party obtain land in Sarawak.
He described it as an “old story” where he was trying to help a friend.
“That’s an old story, in 1994. Even I have forgotten about it. I was helping a friend; he applied (for land), so he asked (me) to get involved.
“So, I just helped him out, but I didn’t get many benefits from the award of the land. I’m not sure if it was 1,000 acres or 1,000 hectares,” he told reporters when met in Kuala Lumpur this evening.
Previously on Aug 15, the website Sarawak Report named Mukhriz, who is also the son of Prime Minister Dr Mahathir Mohamad, as a beneficiary to 1,000 hectares of logging rights in Sarawak in 1994.
Documents published by Sarawak Report suggested that Mukhriz was once the chairperson of Tanjung Tiara and wrote to the Sarawak government for permission to clear Lot 63 of the Sawai District in September 1994.
Mahathir was the fourth prime minister of Malaysia at the time, while Taib Mahmud was the Sarawak chief minister.
Mukhriz said that since the matter had taken place a long time ago, he had even forgotten the name of the company Tanjung Tiara.
Nevertheless, he said the land awarded to the company was small for Sarawak.
“For Sarawak, this is probably normal, it’s not such a big piece of land.
“It’s so long ago that I don’t even remember the name of the company when it was mentioned, because I haven’t been involved in the company for so long,” he said.
Posted by KTemoc at 3:45 am