New case for MACC but warning as it involves someone's son 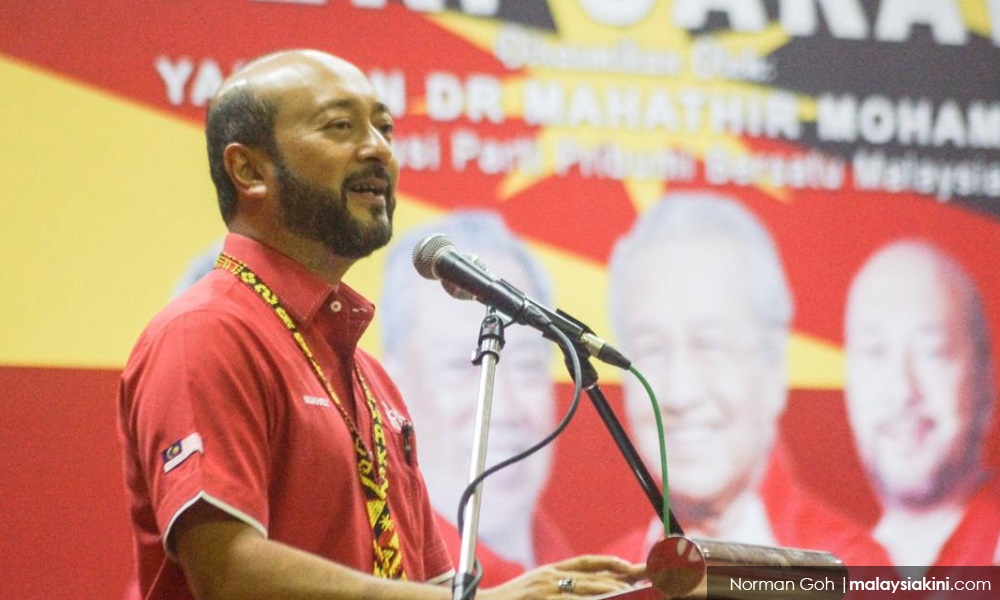 Legal advisor to the Sarawak government Fong Joo Chung has accused Mukhriz Mahathir of obtaining a logging contract from Sarawak Chief Minister Taib Mahmud in 1994 when his father Dr Mahathir Mohamad was serving his first tenure as prime minister.
This was raised by Fong when addressing allegations of a conspiracy to defraud made against him by London-based website Sarawak Report.
On July 27, Sarawak Report published an article citing court documents which allegedly implicated Fong and current Sarawak Deputy Chief Minister Awang Tengah in the matter.
The pair were alleged to have conspired against one Tan Yak Soon, who was previously the owner of Tanjung Tiara Sdn Bhd - the company which won a 1,000 hectare logging contract.
Tan, according to Sarawak Report, successfully obtained an award of RM285 million from his fellow Tanjung Tiara business partner Ha Tiung Noon, who allegedly turned to Awang Tengah and Fong for assistance.
According to Fong, who never named Mukhriz and instead referred to him as a "well known West Malaysian politician", said Sarawak Report should have been "transparent enough" to name the politician.
In response, Sarawak Report, in an article yesterday, said it never intentionally omitted Mukhriz' name.

"At the time of the publication of r original article, Sarawak Report was not in fact aware of the existence of such a letter nor were we aware that at the time of the granting of the original lease for the disputed plantation, Mukhriz was the chairperson and co-shareholder of the company, together with the present plaintiff seeking payment," said the website.
Sarawak Report said it has  obtained a letter, after learning of its existence through Fong, confirming that Mukhriz was indeed the chairperson of Tanjung Tiara at the material time and had corresponded with the Sarawak government on the logging plans.
Responding to Sarawak Report's queries on the matter, Mukhriz, who is now Kedah menteri besar, claimed that he was unaware of any improprieties involving Tanjung Tiara.
"I was involved in a small way with a plantation company in Sarawak over 30 years ago and cut ties with them just a few years after," he told the website.
Mukhriz had only become politically active in the 2000s and first entered public office in 2008. In 1994, he was 30 years old.
Posted by KTemoc at 3:02 pm