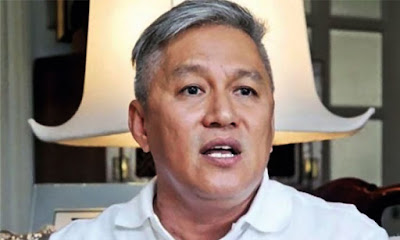 “Racist.” That is how celebrity chef Redzuawan Ismail, better known as Chef Wan, described a proposal by Human Resource Minister M Kulasegaran to ban foreign cooks from restaurants in the country.

"I find this new ruling to be racist. How can we stop other races in this world from acquiring knowledge and skill in any cuisine? Food, like love, has no boundaries.

"We have many Malaysian chefs across the world working in so many cities doing the same thing.

"So my question to the minister why is it different? Suddenly other immigrants in this country cannot cook Malaysian food simply because they are not Malaysian? Why do we need to discriminate (against) them?" he asked on Instagram.

Redzuawan noted it was unfair to only be offended when others say there cannot be a non-Malay finance minister or attorney-general, but at the same time discriminate against non-Malaysians.

Since Chef Wan was referring to the proposal by Minister Kulasegaran, he must have used it as an adjective. That means the word is intended to signify:

'showing or feeling discrimination or prejudice against people of other races, or believing that a particular race is superior to another'

But you know something? Chef Wan could have meant 'racist' in two possible ways, to wit: 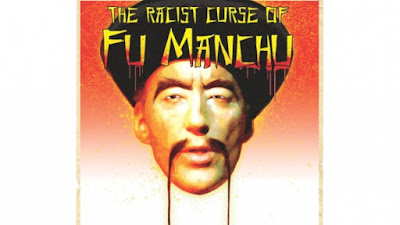 (a) 'Racist' the Malaysian way - where Chef Wan has meant that Kula, being an Indian of Tamil ethnicity, is discriminating against other Malaysians of non-Tamil origin, like a Dayak goreng-ing char koay teow or a Chinese preparing pasembur or a Malay doing roti canai, etc etc etc - now that's discriminatorily racist.

But that doesn't seem so as Kula's proposal is to ban FOREIGN cooks from cooking for restaurants in Malaysia. Penang already has such a similar ban on foreign chefs meddling around with certain 'heritage' (hawker-type) food in Penang.

Penang as the state government had imposed a ban on foreigners from cooking local hawker fare from Jan 1, 2016.

Penang first proposed the ban in 2014, aimed to preserve the authenticity of hawker food.

** does anyone think Guan Eng knows what is meant by 'hokkien mee' in Penang?

The enforcement on the ban is an ongoing process and hawkers who violate the ban would see their licences revoked.

I have to say that, on reading above MKINI article, I was initially quite miffed the Penang MPPP restriction on hawker chefs hasn't included the other equally (if not more) important aspect of hawker koay teow, to wit, koay teow t'ng.

But that was my bad after I cross-checked with an article in the NST which thankfully confirmed that koay teow t'ng was not omitted.

Naughtily I was about to lambaste a previous Penang CM, saying he was NOT an indigenous Penang bloke (like kaytee, wakakaka) who thus failed to realise that koay teow t'ng (such as the duck-based version in Anson Road) is (or was, I heard the hawker ran away from the Income Tax Office, wakakaka) far more valued than a mere char koay teow.

Aiyah, what the bloody hell does a Batu Pahat Cina-sinkhek knows about Penang hawker food? Yes, that was to be my conclusive condemnation of him, but alas, I myself was the one incorrect in my hasty presumptions in just reading MKINI, and erratically too, wakakaka.

Adoi, mea culpa, and I am not talking about a new koay teow dish, wakakaka.

Anyway, excuse me for my off track digression in discussing a sacred dish of Penangites, wakakaka.

Thus, Minister Kulasegaran's proposal is not so much 'racist' as it is 'nationalistic' or 'chauvinistically Malaysian' or 'jingoistic' or 'zealous-Malaysian' or 'patriotic' etc. OK, Chef Wan? Hope I've improved your English vocabulary, wakakaka.

(b) 'Racist' the International Way -  where Chef Wan has meant that Kula, being a Malaysian, is discriminating against other nationalities like Bangla, Myanmarese, Thai, Indon, Viet, Pinoy and Mat Salleh in, say, the last in his attempt to cook crispy skin rendang or an audacious Pinoy claiming to serve authentic poh pniah.

If it was the second, namely, the International Way, then Chef Wan's accusation of 'racist' could actually be a praise for our proud nationalism where everyone including Hew Kuan Yau, Ibrahim Ali and Mahathir are all Malaysians or Bangsa Malaysia, wakakaka. 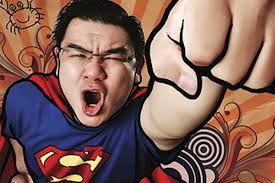 it was unfair to only be offended when others say there cannot be a non-Malay finance minister or attorney-general, but at the same time discriminate against non-Malaysians

... in which he was obviously referring to Minister Kula's proposal as 'racist' in the Malaysian Way - sayang saje.

Thus I think he was tokking-kok. Minister Kula is not a racist. His proposal has been all about preserving jobs for Malaysians and indeed, in some cases, forcing restaurateurs to employ locals rather than source cheap overseas labour. At least he as Human Resource Minister is doing his work instead of Tun's personal streak of vengeance.

Furthermore, a recent study showed that some foreigners have been found 'to be carrying microbes which could cause food poisoning and even death, and a small percentage of them harboured antibiotic resistant bacteria'.

Chef Wan has gotten too carried away by his 'no borders for food' philosophy which has already been proven wrong by the Mat Salleh's 'crispy skin' rendang.

Some so-called chefs are only good within their national borders and indeed should be kept there, wakakaka. OK, perhaps the food per se is border-less but alas, not some of the chefs themselves, especially those two BBC clowns - and Namaste to them too. Yes, chefs and associates are what Minister Kula has been talking about.

I have thus urged Minister Kulasegaran stay resolute with his chef proposal.