FMT - Sri Ram to Daim: Not your place to call up top judges (extracts): 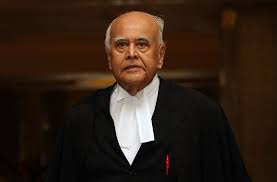 PETALING JAYA: Retired judge Gopal Sri Ram has criticised the prime minister’s chief adviser Daim Zainuddin for applying pressure in demanding the resignations of the Chief Justice and the president of the Court of Appeal.

“It is unconstitutional and wrong for a person other than the prime minister to summon the Chief Justice or indeed any other judge for any reason whatsoever,” Sri Ram said in a statement.

“Daim is not the PM and even if he had been asked by the PM to do what he did, he should have declined and left it to the attorney-general, the PM and the Cabinet to handle this,” he said.

At the same time, he criticised the two judges for having gone to meet Daim, and also for having accepted new contracts beyond the mandatory retirement ages which he said caused them to being subjected to humiliation — “treated no better than office boys”.

Sri Ram urged that government leaders show respect for constitutional procedures and not repeat practices of the past when there was no respect for the separation of power.

And think of poor Guan Eng, being treated probably worse than 'office boys' by the Imperator II.