For the last several weeks I have been wondering what's the difference between a Finance Minister and an Economics Minister?

Economics and financial studies overlap and influence each other. For example, economics study helps us understand how changes in national income, inflation, economic growth, and interest rates impact the markets and stocks, and also how changes in monetary policy by Bank Negara can impact the economy.

Aren't these the job of the Finance Minister? Or, should they be those of the new Economics Minister?

Thus why have two ministers looking after the same area?

Mahathir might have appointed Lim Guan Eng the Finance Minister but to date, the power to make financial and economic policies have been assumed by the Council of Elders which derived its unconstitutional powers from Mahathir. 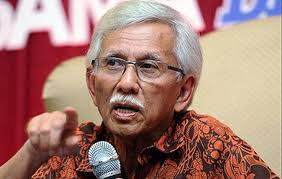 Or have the above GLCs, previously under the control of the Finance Minister, been taken out and put under Azmin Ali’s Economic Ministry?

Does the Finance Minister even know that Mahathir is contemplating currency changes, which he has announced to the world? Guan Eng is a dunggu if he doesn't.

I wonder what the Finance Minister does apart from obeying Mahathir's instructions to expose Najib's alleged sins, crimes and etc?

Maybe Guan Eng is just a book-keeper who scours the files for Najib's financial misdeeds so as to expose them as per Mahathir's orders?