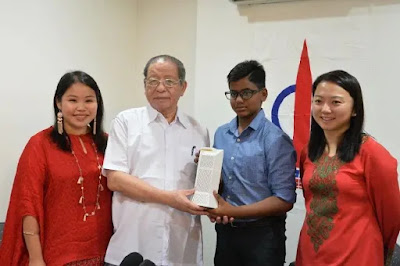 Member of the party's Central Leadership Council Latheefa Koya claimed that the fund was 'politically charged'.

"Tabung Harapan is a politically charged fund. So to get a 12 year old to handover his piggy bank is ridiculous and a pretty cheap stunt," Latheefa said.

She ended the tweet with the hashtags #startgoverning and #enoughofgimmicks.

While she made no specific mention on the child who handed his piggy bank, earlier today DAP adviser Lim Kit Siang received a donation for Tabung Harapan from 12-year-old Ervin Devadasan.

It was reported that Ervin had saved up the money for six months to buy a drum set but changed his mind and decided to donate to the fund instead.

Latheefa has been spot on, that Lim KS must be a pretty cheap scoundrel to drag a 12-year old boy into his son's publicity stunt of Tabung Harapan which, even if Mahathir's mythical RM1 Trillion debt is not a myth, will NOT make a dent to the national debt.

I don't even have to explain what Latheefa has been trying to pointedly say, other than to deem her tweet as the BEST political statement thus far for 2018, to wit:

Wakakaka, indeed the Pakatan government, especially and in particular the Finance Minister, should start governing and cease his gimmickry as we have had enough of his lil' Boy Blue bullsh*t.

And he has been abetted by his sly swarmy smug father, the man who has conveniently forgotten his 30 years of rant against cronyism, expensive national follies and missing billions (which efforts we had for years devotedly supported), to now exploit-publicise a 12-year old well-intentioned innocent schoolboy breaking open his saving piggy bank in what has been just a political stunt. 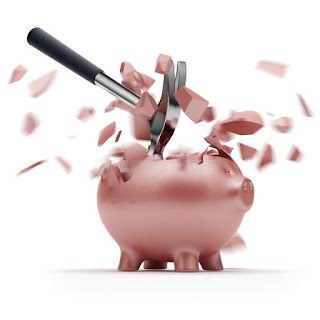 (a) Vengeance is mine.