Why Chinese did NOT fight for a NON-existent Malaya-Malaysia?


Ismail Mina said only the Malays had sacrificed their lives for Malaya.

"This is not racist but I'm talking about history. The ones who fought off Siam were the Malays.

"Later, who fought the Portuguese conquerors if not the Malays, even though non-Malays were already (living in Malaya) then," he said.

He added that it was also the Malays who also fought the Japanese, British, and the Bintang Tiga (three stars, communists).

Well, I have to admit I don't know about non-Malays being soldiers in Peninsular during Malay wars with Siam and Portuguese, well, at least in a sufficient numbers to provide the country with soldiers as in the 1950's, 60's, 70's and 80's.

By the way, which country was Ismail Mina talking about in his ravings about Malay wars with Siam and Portuguese?

Kedah? Malacca? Because there was no nation such as Malaya let alone Malaysia.

Tell me again, Ismail Mina, how was a 'non' going to fight for Malays when there was not even recruitment for a Kedah army or Malacca army? In other words, please don't tok-kok, unless you were expecting Hang Li Poh to use her Chinese sword to save Malacca? 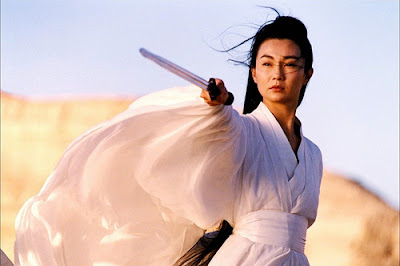 As for the Japanese and British. I don't wish to insult Malays in general because there were some Malays who fought against the Japs and indeed the British.

But t'was mainly the Chinese who fought the Japs and British in a big way. There's no need for Ismail Mina to apologise for his shameful mistake on the excuse he's totally f**k up with his history. Let's just ignore him, an idiot.

As for the communist terrorists who were admittedly Chinese but also made up of Malays and Indians, I mentioned/blogged about non-Malays, specifically my uncles and their Chinese and Indian friends, serving in the Malaysian Armed Forces fighting against the CTs during the Emergency.

About 5 years ago, I crossed scribal sword for the second time with Pakcik A Kadir Jasin's blog (The Scribe) who BTW is on to my blogroll [to widen the availability of political views].

Pak Kadir once held various high level management posts in the UMNO controlled news media, and has been a longtime Mahathir man and mouthpiece.

He was then a very ardent pro UMNO blogger, and I respected his political preference. Today he writes mainly for his old boss, the uber-Pribumi Mahathir.

But when I read Pak Kadir's blog post in 2013 titled Sabah Incursion: Hang the traitors, I was terribly disappointed by his anti Chinese tone in the opening paragraphs, which stated:

As has always been the case, when we send our policemen and soldiers into battle and are killed or injured, the chances are they are Melayus and Bumiputeras.

Perhaps there is wisdom in getting more Chinese and Indians to join the armed forces so that they too can die for one Malaysia. 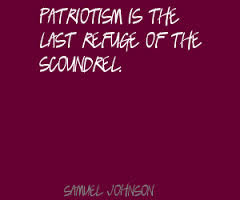 Thus I decided to cross scribal sword with Pak Kadir again, in an effort to draw his and especially Malaysian attention to the huge sacrifices Chinese Malaysians had made for their country while serving in the Royal Malaysian Police Force and Armed Forces.

But before I come to that, it may be worthwhile to ask ourselves why in the tragedy in the Lahad Datu and Semporna areas in eastern Sabah, there was no Chinese police death.

Not that I wish for Chinese death or for that matter, any Malaysian deaths, but we, especially Pak Kadir, must be honest and ask ourselves why the casualties were confined to the Malay policemen.

But then Pak Kadir answered that himself when he suggested at that time (2013) that “Perhaps there is wisdom in getting more Chinese and Indians to join the armed forces so that they too can die for one Malaysia” but in a regretful tone that sounds caustic, unfair and indeed morbid.

Alright then, who’s to be blamed for the Malays currently bearing all the greatest sacrifice to their nation? 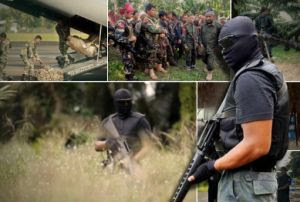 Surely not the Chinese for back then in 'less divisive' days we depended heavily (though not solely) on mainly Chinese policemen (and women) in the Special Branch (SB) to win our war against the insurrection of the Communist Party of Malaya (CPM).

Then the head of the SB Division (a two-star bloke) was always a Chinese but which practice ended together with the end of the Malaysian Emergency (probably because the Chinese were no longer useful after the defeat of the MCP).

Yes, the sad fact today is that both the Police and Armed Forces (and the Malaysian Civil Services) have not been interested or sincere in recruiting non-Malays as they used to do in the earlier 'less divisive' days. We sense we the Chinese and Indian Malaysians (other than a token few for window dressing) aren't welcomed in these 'member kita' institutions.

But to answer Pak Kadir's seeming jeer and Ismail Mina's ignorance, we should remember and I would encourage them to be decent and acknowledge recognition of our Chinese Police heroes of yesteryears, stalwarts such as:

Ironically the communist assailants at the Bukit Kepong police station were led by a Malay Communist, Muhammad Indera - not unlike today's Muslim-Filipino Malay assailants of our 8 policemen.

Alas, in October 2015 Fong Thean Kit passed away at 76. We know and salute him for serving his nation well.

Chin Chin Kooi (Special Branch Chief Inspector who served in the Police Force for 21 years - shot at point blank range and killed by unknown slayers, probably CT; before he died he managed to shoot back)

Without exaggeration, I would consider SP Paul Kiong's and DSP Sia Boon Chee ’s contributions (presumably still under secret classification) as pivotal to the defeat of the communist terrorist movement in Peninsula Malaysia.

Then there were Chinese in the Armed Forces who showed their loyalty to their nation by making the ultimate sacrifices, TUDM officers like the late Lt Choo Yoke Boo and the late Lt Chang Tatt Min who were both awarded the Panglima (or Pingat) Gagah Berani (PGB) posthumously. It's said that the PGB is next in gallantry honours to the SP.


2nd Lt David Fu was the Platoon Commander of 8th Platoon of C Company, 4th Battalion Royal Rangers who was tasked and placed in the Tanah Hitam area of Perak to track and destroy the enemy in his sector of operation. This was the citation for his award of the Panglima Gagah Berani (PGB):

On the 27th August 1970, his platoon of 24 men made contact with a group of about 70 enemy combatants. The enemy unknowingly had entered his sector. Thus started a heavy and intensive battle lasting 7 hours. Under his unwavering leadership, the men fought on, successfully killed 4 of the enemy. His patrol did not suffer any casualties.

For his outstanding gallantry and bravery in the finest traditions of the Ranger Corps he was bestowed with the Pingat Gagah Berani, by the King.

He left after exemplary service as a Captain.

Then on overseas services with the United Nations in the Congo, the following two officers (together with their respective citations) were awarded the Panglima Gagah Berani (PGB):

Maurice Lam is from Penang. On November 12, 1961, during the Congo rebellion, about 40 people tried to besiege and attack the Officers’ Mess to capture some of the Italian Air Force officers; he showed great courage by manoeuvring two tanks to recapture the Mess.

His courageous and determined action had succeeded in rescuing members, equipment and Special Forces weaponry Malaya (Malaya Special Forces (MSF) from falling into the hands of the Congo rebels when they invaded and sieged the Officers’ Mess including the Kindu Airport. He was awarded the PGB medal on June 5, 1963.

On September 12, 1962, No. 2 C Squadron troops led by Lt Lee was ordered to patrol the north of Elisabethville airport. At 1100H, when returning to the base, they passed through a lane at the intersection of Martini.

After 30 km of the road, a group of 30 to 40 people surrounded the Katanga army convoy and they opened fire when ordered to retreat by Lt Lee. To save the convoy from further attack, one shot of browning machine gun short bursts was aimed at the Katanga forces. This action causes the Katanga troops to flee their positions.

Once rummaging the area, Lt Lee found two Katanga soldiers were killed, and many weapons and ammunition were left behind.

The courageous and quick action by Lt Lee saved a section of the Gurkha soldiers who were besieged by the armies of Katanga. He was awarded the PGB medal on June 3, 1964.

Alas, Ismail Mina and Pak Kadir have not been unlike Defence Minister Zahid Hamidi, who on 09 Nov 2010, as to be expected for the archetypal UMNO ‘patriots’, stated in response to a question in Parliament that the low number of Chinese and Indian recruits in the military could be due to the Chinese and Indians [being] 'not patriotic enough'.

I wonder where were Ismail Mina, Pak Kadir, Ahmad Zahid, Ibrahim Ali, Mufti of Perak, etc, namely UMNO and Pribumi 'patriots' when the above Chinese Malaysians made the ultimate sacrifice for their country, Malaysia?

As Aldous Huxley informed us: "One of the great attractions of patriotism - it fulfills our worst wishes. In the person of our nation we are able, vicariously, to bully and cheat. Bully and cheat, what's more, with a feeling that we are profoundly virtuous."

Doesn't that just describe Ismail Mina aptly? Maybe he should be the one to go find a country that suits his NATO** patriotism and live there.