Violence threatened over Indira reuniting with he abducted child?

MM Online - Back off Indira’s ex or there will be violence, Muslim scholars tell police (extracts):

KUALA LUMPUR, Jan 31 — The Malaysian Association of Muslim Scholars (PUM) has urged the police today to stop pursuing the fugitive ex-husband of M. Indira Gandhi and her youngest daughter that he abducted nine years ago.

In a statement yesterday, the group warned that religious sectarian violence may erupt in this country if the police continue to hunt Muhammad Riduan Abdullah and Prasana Diksa.

“We ask for the kind consideration of the police to not hunt the father and the children until a solution can be found.

“We are worried that if it is carried out, there may be a conflict among adherents in this country until violence happens among the society,” its president Datuk Abdul Halim Abd Kadir said.

After the landmark ruling, Inspector-General of Police Tan Sri Mohamad Fuzi Harun has pledged that the police will continue hunting down Muhammad Riduan. [...]

PUM also urged that the children unilaterally converted into Islam by Muhammad Riduan must not be allowed to revert back to Hinduism. [...]

PUM had also requested the Yang di-Pertuan Agong to allow the group to advise in matters involving conversion to Islam.

It also demanded Putrajaya to act fast, claiming the issue would embolden provocateurs in the country.

Are the Muslim Scholars of PUM condoning abduction? Abduction is the action of forcibly taking someone away against their will, thus is an illegal/criminal act.

Are they defying the ruling of the Federal Court?

The court has decreed Prasana Diksa be returned to her mother form her abduction. She was a Hindu and illegally converted into a Muslim by illegally means and by her abducter. Thus on her return to her mum, her mother Indira Gandhi will decide Prasana's religion, not a bunch of outsiders like PUM members. 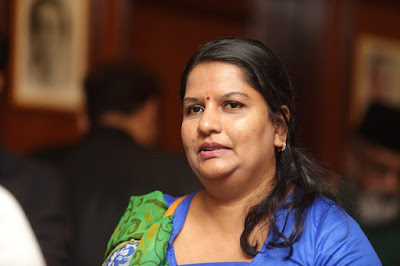 If anyone has been emboldened by this issue, it's PUM with its provocateur members. I am disgusted by the usual threats of violence. Isn't there anything decent and civilised they are capable of?