PKR pre-GE14 culling but by which faction?

Word is that PKR will drop Selayang MP William Leong. But I wonder which 'PKR' as there is the main body which no longer works with PAS and there is the Dökkálfar faction which certainly does, wakakaka.

Look at following photo and make a guess which faction wants to drop William? 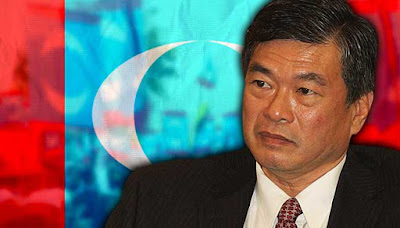 William Leong had resigned from PKR's political bureau in August 2017, citing the party's cooperation with PAS as the reason. Then he was so frustrated with a faction of PKR still slutting around with PAS.

Rumours had it then that he was pulling at his hair regularly because, as Rafizi Ramli informed us last year, no decision in PKR's political bureau could ever be reached UNLESS those decisions were made or accepted by a recalcitrant 'someone', to wit, a Dökkálfar Dwarf, wakakaka.

Thus PKR's political bureau could come up with all sorts of strategy, policies, programmes etc, but unless they suit the Dökkálfar Dwarf's own agenda, for example, continue working with PAS, he won't agree to them, and thus NO decision would ever be made.

It's hardly surprising to learn, admittedly through the grape vine, that William Leong will be dropped form GE14. But as I said, I wonder which 'PKR' as there is the main body which no longer works with PAS and there is the Dökkálfar faction which certainly does, wakakaka.
Posted by KTemoc at 8:31 pm