A few days ago I posted Ozzie uni graduates as waiters in which I mentioned my Uncles telling me about their days, when universities in India, by their hundreds, if not thousands, were scoffed at by Malaysians for their 'chowkana' (dodgy) standards.

I also mentioned that while I was away working in Australia I wasn't aware of the mushrooming of universities in Malaysia, where in every state Malaysians would find one. Some were even run by private organisations or state governments.

Invariably, unless rigorous standards have been met, the general standards would drop to cope with rapid expansion to meet increasing demands for university places, a long-time Malaysian dream.

I bemoaned that our hapless graduates now bear the consequences of questionable reputation of their respective universities. Yes, I too wonder about secondary school students taking 17 subjects in their final school year exam. with some seemingly "brilliant" Einstein's obtaining 17 A's, that is, an A in every subject they sat for. 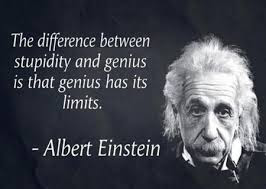 In my days I could hardly cope with 9 subjects, let alone 17.

In Malaysiakini, TK Chua, who's quite a prolific writer (usually to FMT), penned a letter titled Too many universities, too many graduates which touched on Mahathir's comment about university graduates selling nasi lemak or/and driving Ubers.

He wrote (selected random extracts, with some re-arrangements of paragraphs, as follows):

Malaysia is not a super-rich country. Many consider university education as an 'investment', not as a leisurely pursuit. In fact, many have incurred substantial debts to obtain a university degree.

It is therefore inconceivable they would become graduates only to sell nasi lemak or to become an Uber driver.

I believed I have written before about Chinese parents mortgaging their houses to pay for their children overseas university degrees, or that of elder brothers and elder sisters pooling resources (and denying themselves their own house or cars) to pay for Anak Bongsu's uni-education.

For a long time now I think Malaysia has refused to recognise a few realities staring at us. We have too many universities producing too many graduates.

This is by far the most important point in the general scheme of the entire rotten affair. And a corollary of this would usually be a drop in university standards and the general unemployment prospects of graduates.

We set up universities for prestige and political reasons and only to create jobs for lecturers. Universities take up national resources. Too many of them is a wastage and a misallocation of resources.

Gaya mahu, kalah ta'apa. But what about standards? And what also about secondary school standards? Our educators need looking at.

TK Chua concluded with: It is about time to accept reality – we set up too many universities producing graduates with unrealistic expectations.

But in my reckoning, nothing will be done except university authorities coming up with excuses and bullshit.

Oh yes, don't forget, one Malaysian univeristy has been brilliantly innovative enough to create anti-hysteria kits, and also at a most "affordable" and "economical" price where the kit comprise, according to MM Online, ... everyday items like chopsticks, salt, lime, vinegar, pepper spray, and formic acid for a whopping RM8,750 that it claims can ward off “evil spirits”. 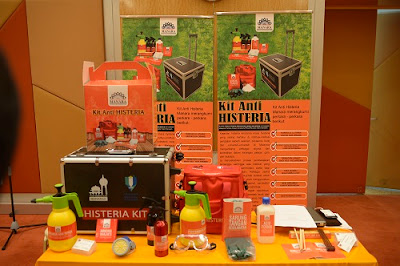 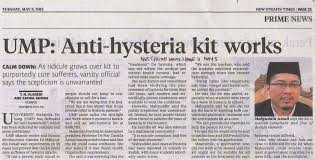