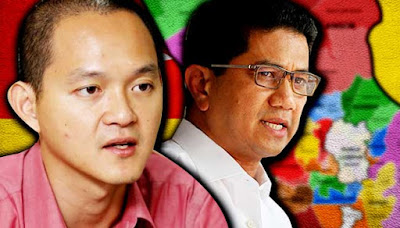 "When we examine these figures, we can clearly see the only reason why the EC made these changes in Syor 2 were for political reasons which is to help Umno in these seats,” Ong said.

Allegations of gerrymandering have been rife amid the EC’s redelineation exercise, with critics saying it does not comply with guidelines under the Federal Constitution and labelling it an attempt to give BN an advantage in the coming election.

Selangor PAS leader Ahmad Yunus Hairi recently told FMT however that he was confident of retaining his Sijangkang state seat despite the increase of Malay voters.

Yunus said the move would only backfire on BN as Malays would support PAS.

“Under the redelineation exercise, the EC plans to move Malay voters in Teluk Datuk to the Sijangkang constituency, but it is wrong if it thinks this will help BN capture the seat after 10 years.” 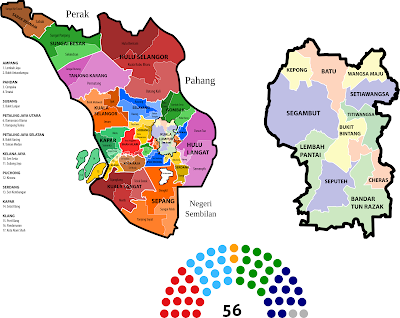 Years years years back, the allegation was that the EC gerrymandered many federal constituencies to each comprise a 60 to 70% Malay plus 40 to 30% Chinese voters.

This was the 'ideal' racial mix for a certain "someone" wakakaka, who was confident that when push came to shove, the Chinese would vote BN rather than PAS regardless of the head of BN rubbishing them. So if the Malay voters were split between UMNO and PAS, he would win with Chinese backing.

The concept put him in power for aeons, but that bubble burst in 2008 and 2013 when PAS joined Pakatan Rakyat and became a friendly face to Chinese.

A similar gerrymandering is currently underway in which DAP blue ribbon seats constituencies are sardine-ised (packed like ghettos) with extra 'unhelpful' Chinese (TP's new Damansara has its 85,000 registered voters increased to 150,000 with mainly 'unhelpful' Chinese who are actually entitled to, but denied, another federal constituency).

But the potential for damage to UMNO may be in a somewhat similar 'ideal' concept to a "someone" long ago. Extra Malay voters are being "re-aligned" in marginal seats to help UMNO candidates win back, for example, the state of Selangor in particular and federally in general.

But PAS may benefit from this gerrymandering meant for UMNO. In Malaysiakini, columnist Commander (retd) Thayaparan wrote that UMNO could be destroyed by an increasing powerful PAS. If so, then it spells the beginning of the end of UMNO, perhaps fittingly by its old Nemesis, PAS.

I like to say padan muka to UMNO and its connived gerrymandering, but then, won't that "reap what you sow" axiom apply to us too if PAS becomes more and more powerful? 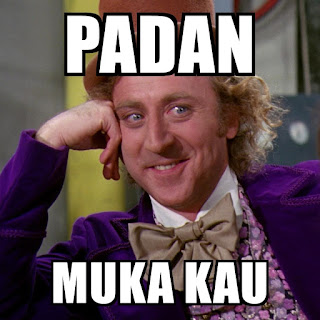