Nur Sajat asks JAKIM: Am I the country’s biggest problem?

Nur Sajat, Malaysia's cosmestic queen, posted a question in Facebook yesterday, that with so many other issues worthy of discussion, such as Malaysia’s currency and how to generate money in the current economic climate, and if kaytee may be allowed to add, where is Mahathir going to stand in GE14, wakakaka, why is JAKIM so determine to investigate her(?) gender? 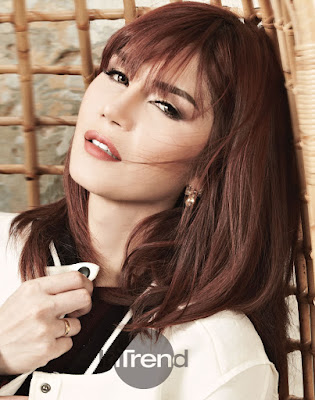 She(?) voiced her exasperation on the inconsequentiality of JAKIM's time-wasting taxpayers'-money-wasting investigation.

In MM Online she(?) asked: Am I the country’s biggest problem?

Kaytee will attempt to answer her(?) query, just out of the goodness of my heart, wakakaka.

Well, in the general scheme of national issues, I would dare say in the negative, but considering that JAKIM has an annual budget of RM1 Billion, and buggerall to do other than to check out the halal-ness of Aunt Annie, MacDonald, launderettes, and spying on Muslims keeping dogs but not cats, etc, why not, thus my answer is a very firm affirmative.

OK, so we need to PROBE Nur Sajat's gender though why would JAKIM take one ridiculous month for a couple of minutes' job beats me.

Maybe a camel can answer that. Or maybe if we reduce its annual budget from RM1 Billion to what devout Muslims would be willing to contribute to its upkeep, JAKIM might speed things up a wee bit.