Between Janda Baik in Pahang and Prang Besar in Selangor, he [Mahathir] decided that Selangor would be the better choice.

After several rounds of negotiations with Selangor, which involved a substantial sum of money, a new federal territory was born.

Prior to the mid-1990s, Prang Besar used to be one of the many areas founded by the British to house rubber and later oil palm estates in Selangor.

Built at an estimated cost of RM24 billion, it housed majestic buildings, such as Perdana Putra, which is the prime minister’s office, Seri Perdana, the official residence of the prime minister, Palace of Justice and Putra Mosque and quarters for government officers and staff.

It’s hard to drive through Putrajaya without thinking about its first architect, Dr Mahathir. But all that will come to nought for Dr Mahathir if he is to contest here.

“If we look at the situation in Putrajaya, most of the residents are government servants. Therefore, the chances of Dr Mahathir (to win), are not good,” he told The Malaysian Insight.


Contrary to what TMI has written, that Mahathir does NOT stand a chance against Ku Nan in Putrajaya because of the preponderance of civil servants there, I say Mahathir will beat Ku Nan easily in the Capital precisely because of those civil servants. Many still adore him, maybe for the dedak he had given them, wakakaka.

Putrajaya has only around 19,000 voters and it will take little effort for Mahathir to secure 10,000. Thus he will stand in Putrajaya and secure that seat.

Ku Nan is in deep sh*t unless the EC can cook up a wee sakti-ness. Note I did NOT mention anything about Mahathir WINNING but rather, beating Ku Nan, securing the majority of votes and thus the Putrajaya seat.

Rather it will be Ku Nan LOSING Putrajaya rather than Mahathir WINNING the seat.

Ku Nan is such a lousy minister and politician that he will be a goner when standing against an old fox like Mahathir. I would not be surprised if UMNO were to put a new candidate there if Mahathir chooses to stand as a Pribumi candidate in Putrajaya.

I suspect The Malaysian Insight article might have beem a Pribumi initiated piece of disinformation to mislead/assuage BN campaign alertness.

The English word disinformation is a translation of the Russian dezinformatsiya, derived from the title of a KGB black propaganda department.

The book Disinformation documents that Joseph Stalin coined the term, giving it a French-sounding name to falsely claim it had a Western origin. 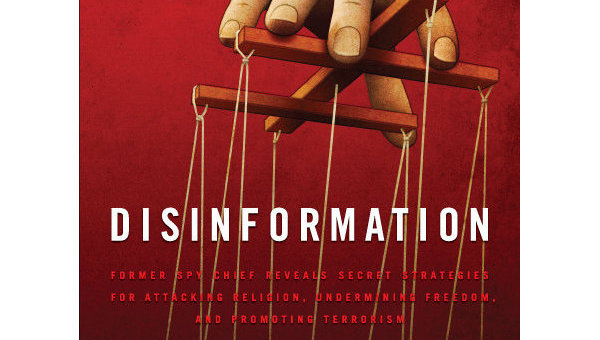