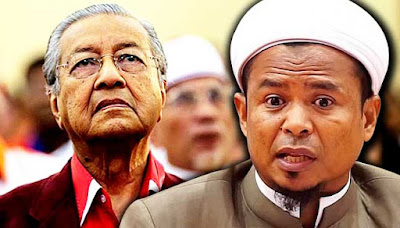 PETALING JAYA: Controversial government preacher Zamihan Mat Zin has launched a thinly-veiled attack on Dr Mahathir Mohamad for making a political comeback, saying that at his age, the former prime minister should instead enrol in a madrasah and spend time in prayer.

kt note: And even during floods, do NOT allow Chinese to enter the madrasha

“When we were in power, we did all sorts of things. We issued statements that hurt the people’s feelings… that took lives of the people. But when others are in charge, we say they are not right, not progressive,” he said in an interview with news portal Watan Online, responding to a question on his thoughts about a certain leader who was making a political comeback.

He said Mahathir should stay out of politics and repent “for all his past mistakes”.

“And do charitable deeds for the hereafter. Stop thinking about politics when you’re old and about to die,” he said in the Facebook Live interview.

Zamihan is an officer with the Malaysian Islamic Development Department (Jakim) but is seconded to the home ministry to carry out programmes for prisoners, including rehabilitation of militant suspects.

kt note: This is another way Jakim is spending RM1 Billion of probably non-halal taxpayers' money, employing an evil man like Zamihan

In October last year, he criticised the Johor sultan’s stand on a Muslim-only laundrette, and made derogatory remarks about the hygiene of Chinese Malaysians. He was arrested and investigated for sedition, and was condemned by both the Johor and Selangor sultans.

The Selangor sultan, in revoking his teaching credentials, called him a racist, while Johor’s Sultan Ibrahim Sultan Iskandar described Zamihan an “empty tin can without any brains”.

In his interview today, Zamihan accused Mahathir of envying those currently in power, adding that it was proof of his bad intention in rejoining politics.

“An old man who had ruled for 22 years should enrol himself in a pondok (religious school), recite the Quran and spend his day remembering God and repenting and asking for forgiveness for past mistakes,” he said.

Zamihan Mat Zin must be a very evil man with oozes of hatred in his heart and veins in cursing an old man as old and about to die.

His repetitive biadab-ness (Johor, PM Najib, Selangor, Mahathir) have gone too far. He should be hauled up and horse-whipped kau kau, and then exiled to Afghanistan to be a toy-boy for the Mujaheddin. 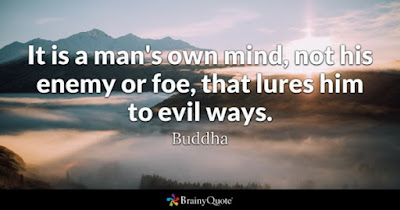