Speak up for Ain or resign, Maszlee tells minister 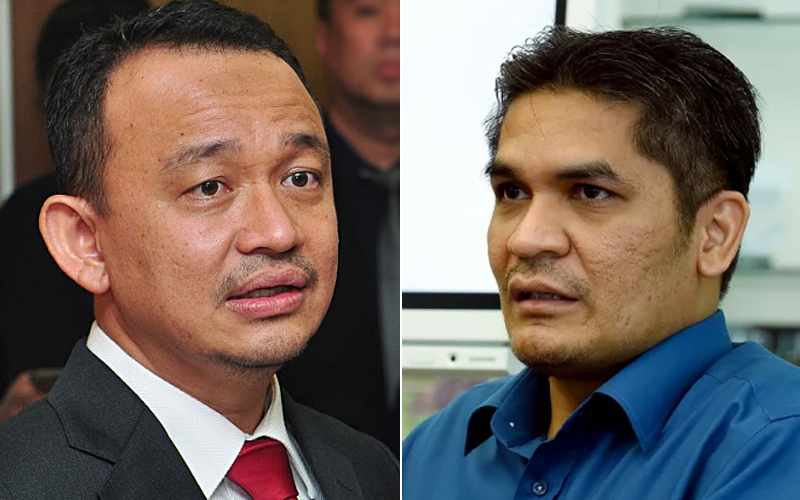 Former education minister Maszlee Malik has questioned the silence from his successor Radzi Jidin and deputies.

PETALING JAYA: Former education minister Maszlee Malik has urged his successor Radzi Jidin and his two deputies to speak up over the issue involving schoolgirl Ain Husniza Saiful Nizam, who had revealed how a teacher had made inappropriate rape jokes recently.

In a series of Twitter posts, Maszlee urged Radzi and his deputies, Dr Mah Hang Soon and Muslimin Yahaya, to show some leadership instead of ignoring the matter.

Maszlee, who is MP for Simpang Renggam, said the issue brought to light by Ain was not an isolated incident but had been taking place for a long time and needed to be brought to an end.

“With the current attitude shown by the minister and his deputies towards this case, distrust between parents and schools will widen. They need to be more proactive or just resign!

“Schools should be the safest place for children!” he said.

Maszlee also urged the education ministry to implement a memo he had issued as education minister in December 2019, stating that teachers found guilty of physically or sexually abusing students must be sacked.

The memo also stated that teachers being investigated cannot be allowed to meet any student, adding that the transfer of such educators must be stopped immediately.

Why is the ministry silent, says parents’ group

The education ministry’s silence on Ain’s allegations was also questioned by the Melaka Action Group for Parents in Education (Magpie), whose chairman asked if the ministry was condoning the teacher’s actions.

Magpie chairman Mak Chee Kin also cited reports that Ain had been issued a warning letter for skipping school, while no disciplinary action had been taken against the teacher in question and a classmate who had made rape threats.

He warned that there would be a drop in public esteem for schools and teachers if the ministry did not address this issue.

“The school’s management and education ministry owe us an explanation as to why the warning letter was given when her father had already met with the school management. What message are they giving to the students?

“To keep quiet even if you feel something isn’t right? To accept what is being taught in school blindly?

“The education ministry cannot sweep this issue under the carpet. We urge for swift action to be taken to prevent recurrence. Our girls need to be protected and schools need to be a safer place for all,” he said in a statement to FMT.
Posted by KTemoc at 10:15 am