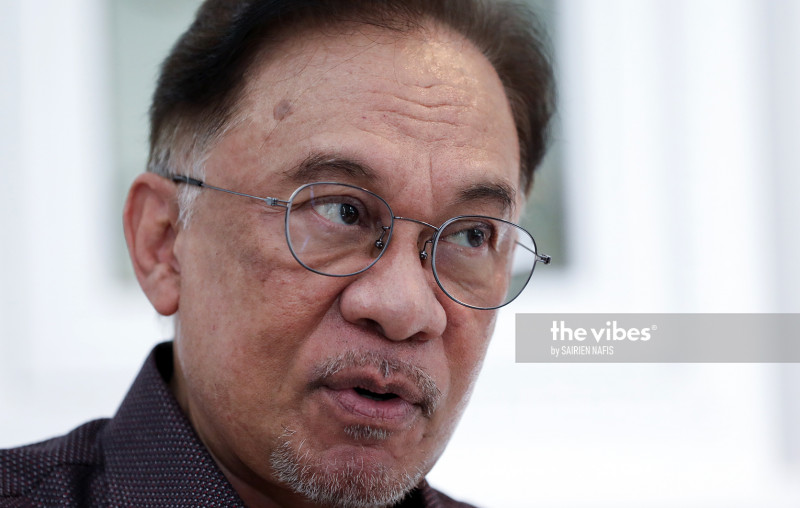 KUALA LUMPUR – In a sharp rebuke, Datuk Seri Anwar Ibrahim has condemned the United States over their biases with regards to the ongoing Israel-Palestine conflict.

The opposition leader slammed the barbaric attacks initiated by the Israeli regime against Palestinians in Gaza and the West Bank, pointing out that too many lives were lost, with women and children not spared.

He said these attacks were carried out with impunity due to the biases of western powers.

“They (Israel) do it with impunity because western powers, including America, seem to be clearly biased in their statements, directions and foreign policy,” Anwar said in a Facebook video.

Explaining that the conflict concerns the politics of dispossession, the Port Dickson MP stated Palestinians have been deprived of their basic rights to their land, property and livelihood.

“This is the core of the Palestinian problem,” he said.

With regards to a peaceful solution in the region, Anwar asserted that the issue of politics of dispossession could not be ignored.

“You (Israel) make certain engagements and arrangements denying the legitimate rights of the Palestinian people and then request they cease operations and aggressions when they get pounded daily with many lives lost,” he added.

Anwar said whether a life belongs to an Israeli or Palestinian, it is still sacrosanct.

However, he pointed out statistics showing the number of Palestinian deaths is enormous compared to the lives lost in Israel.

“You (Israel) can’t say that two lives in Israel are a major issue and...influence your foreign policy, when you treat Palestinians as subhumans.

“At the same time you preach against white supremacy and show support to the Black Lives Matters movement, which I support. This is clear hypocrisy and is a contradiction,” Anwar said.

He also added that through the efforts of his staff and friends, he managed to raise RM500,000 in funds.

“This makes a total of more than RM1 million raised in two days,” Anwar added.

He said these monies would immediately be sent to Palestinians in Gaza and the West Bank. – The Vibes, May 16, 2021
Posted by KTemoc at 11:56 am